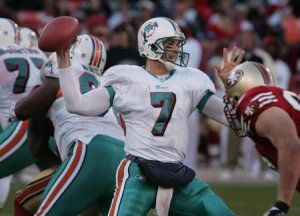 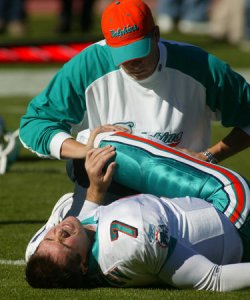 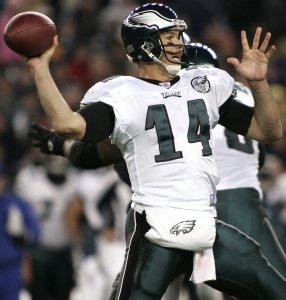 I'm excited to play this week as I am every week

It was actually a run. I saw the safety creep up

We're not a one-player team like a lot of people say. Our character is shining through

Adam Joshua Feeley (born May 16, 1977 in Caldwell, Idaho) is an American football quarterback for the St. Louis Rams of the National Football League. He was drafted by the Philadelphia Eagles in the fifth round of the 2001 NFL Draft. He played college football for the University of Oregon.

He has also been a member of the Miami Dolphins, San Diego Chargers, and Carolina Panthers.

Feeley played high school football at Ontario High School as a quarterback in Ontario, Oregon. In four years, he passed for 5,428 yards and 54 touchdowns. In addition to football, he also played baseball and basketball. He opted, however, to play college football for the Oregon Ducks.

FULL ARTICLE AT WIKIPEDIA.ORG
This article is licensed under the GNU Free Documentation License.
It uses material from the Wikipedia article "A.J. Feeley."
Back to Article
/