Sec. Hagel said the cuts are a response to both shrinking government funds and the winding down of two land wars in the Middle East. 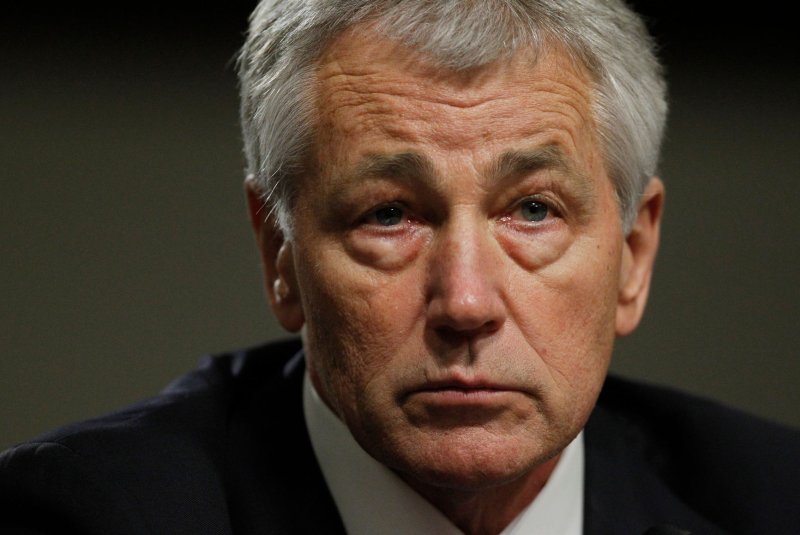 WASHINGTON, Feb. 24 (UPI) -- Secretary of Defense Chuck Hagel announced Monday his intention to shrink the total size of the U.S. Army to the smallest force since before World War II.

Hagel, in a proposal released Monday, said the cuts are a response to both shrinking government funds and the winding down of two land wars in the Middle East.

“Our recommendations beyond fiscal year 2015 provide a realistic alternative to sequestration-level cuts, sustaining adequate readiness and modernization most relevant to strategic priorities over the long-term,” Hagel said in a briefing Monday. “But this can only be achieved by the strategic balance of reforms and reductions the president and I will present to the Congress. This will require Congress to partner with the Department of Defense in making politically difficult choices.”

Hagel called for a round of base closures beginning in 2017, as well as shutting down the Air Force's entire fleet of A-10 Warthog attack jets and some Navy cruisers, halt the Littoral Combat Ship program and cut troop commissary subsidies.

But the biggest shift is the reduction of active duty Army personnel from its Iraq War peak of 570,000 to 450,000 troops.

The proposal is expected to meet opposition from both parties, who often oppose any efforts to close bases or shutter factories in their districts or reduce pay and benefits for military personnel. But the Pentagon says the changes are necessary to reflect shifting financial and operation realities.

“You have to always keep your institution prepared, but you can’t carry a large land-war Defense Department when there is no large land war,” a senior Pentagon official explained.

Hagel said the plan was meant to manage risks in a lower-budget environment, rather than the indiscriminate cuts made under sequestration.

“We can manage these anticipated risks under the president’s budget plan, but they would grow significantly if sequester-level cuts return in fiscal year 2016, if our reforms are not accepted, or if uncertainty on budget levels continues,” Hagel said. “As I’ve made clear, the scale and timeline of continued sequestration-level cuts would require greater reductions in the military’s size, reach and margin of technological superiority. Under sequestration spending levels, we would be gambling that our military will not be required to respond to multiple major contingencies at the same time.”