Kerry Kennedy said she accidentally took Ambien instead of her thyroid medication at her drugged driving trial. 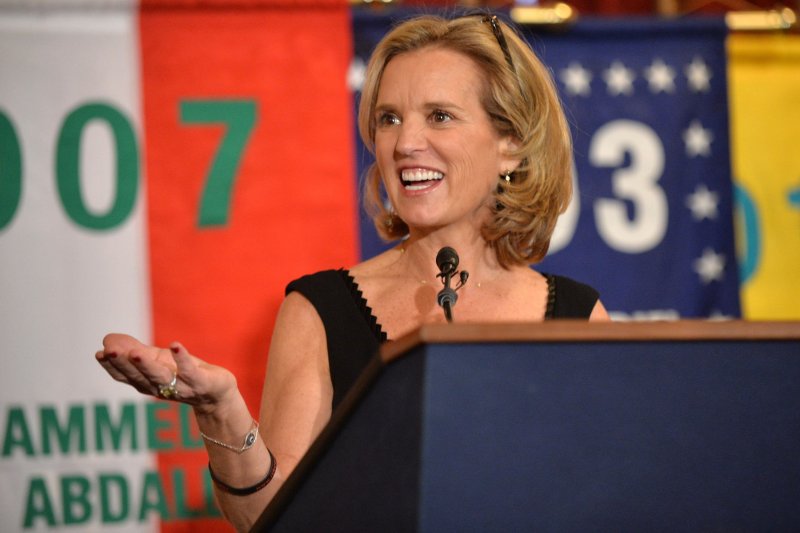 WHITE PLAINS, N.Y., Feb. 24 (UPI) -- Defense attorneys for Kerry Kennedy said she fell asleep at the wheel after accidentally taking a sleep aid, rather than another prescribed medication.

Kennedy, 54, says she mistakenly took a prescription Ambien, rather than her thyroid medication, before hitting a tractor-trailer and then failing a sobriety test near her New York home in 2012. She is the daughter of Robert F. Kennedy and the niece of President John F. Kennedy.

"This case is about a mistake, plain and simple," defense attorney Gerald Lefcourt said in his opening statement at Westchester County Court Monday.

"She certainly didn't know at any time while driving that she had accidentally taken the Zolpidem, because the evidence will show that this person, Kerry Kennedy, would in a heartbeat, if she thought anything was wrong, pull over."

While heading to the gym on July 13, 2012, Kennedy swerved her Lexus SUV into a tractor-trailer on Interstate 684, then drove off the highway and was found slumped over the wheel. No one was hurt.

"She would have known she was not in the right condition to drive," Denise said. "By failing to stop her car and pull over as she felt the onset of the symptoms of Ambien, the people submit the defendant is guilty beyond a reasonable doubt."

Kennedy, who is also the ex-wife of Gov. Andrew Cuomo, has pleaded not guilty. She faces up to a year in county jail, but has no criminal record and is unlikely to serve time.

She initially claimed a seizure caused the incident.