Andrea Martin to star in 'Noises Off' 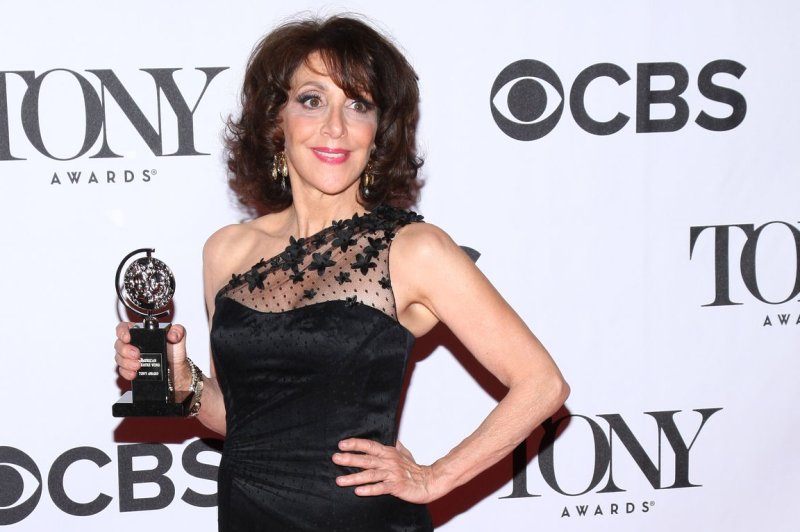 Andrea Martin, winner of the Tony Award for Best Performance by an Actress in a Featured Role in a Musical for 'Pippin,' arrives in the press room at the 67th Annual Tony Awards held at Radio City Music Hall on June 9, 2013 in New York City. UPI/Monika Graff | License Photo

NEW YORK, Feb. 11 (UPI) -- Broadway veteran Andrea Martin will headline a new revival of the classic comedy Noises Off put on by the Roundabout Theatre Company in January.

The Tony- and Broadway-winning actress will star as Dotty in Michael Frayn's play (and play-within-a-play) with Jeremy Herrin directing his Broadway debut.

"Full of shocking surprises and gut-busting humor, Noises Off is the classic show-within-a-show," Roundabout Theatre said in announcing the revival. "The Opening Night performance of the farce Nothing On is just hours away, and as the cast stumbles through their final dress rehearsal, things couldn't be going any worse. With lines being forgotten, love triangles unraveling and sardines flying everywhere, it's complete pandemonium... and we haven't even reached intermission! Can the cast pull their act together on the stage even if they can't behind the scenes?"

Noises Off premiered on Broadway in 1983 and was nominated for a Tony for Best Play. It was adapted into a film in 1992, starring Carol Burnett, Michael Caine, Christopher Reeve, John Ritter and Nicollette Sheridan.

The play, which will open as a limited run in January 2015 at the American Airlines Theatre, was last revived in 2001.