Pro-pot group NORML is winning after the first round of an online contest to get an ad spot during Super Bowl XLVIII. 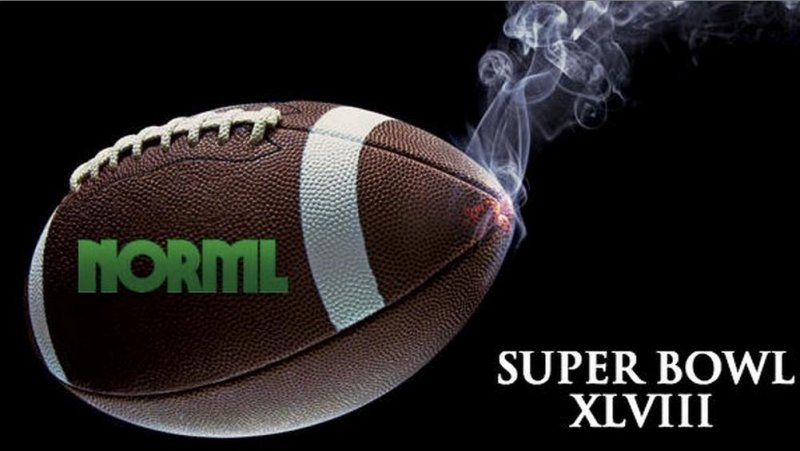 Michael Dare, a medical marijuana user, displays a bud during a public consumption of marijuana rally at the Seattle Center on December 6, 2012 in Seattle. Despite the new law's ban on public marijuana use which is subject to a fine of about $50.00 many showed up for the smoke-in. In November, Washington state jumped into history becoming the first state along with Colorado to reject federal drug-control policy and legalize recreational marijuana use. UPI/Jim Bryant | License Photo

Dave Mesford smokes a marijuana joint during a public consumption of marijuana rally on December 6, 2012 in Seattle. Despite the new law's ban on public marijuana use which is subject to a fine of about $50. In November, Washington state jumped into history becoming the first state along with Colorado to reject federal drug-control policy and legalize recreational marijuana use. UPI/Jim Bryant | License Photo

The Super Bowl broadcast is some of the most coveted air space each year, and a marijuana legalization group is aiming to bring its pro-pot message to millions of sports fans next year.

The National Organization for the Reform of Marijuana Laws entered a proposed ad into an online contest sponsored by Intuit, and so far, it's received the highest number of votes, successfully pushing the spot into round two.

The winner will have their ad produced by Intuit and aired during the big game.

“As a non-profit with a small staff and limited budget, we would greatly benefit from this contest just the same as any of the other small business entries," said NORML communications director Erik Altieri. "One would argue that NORML would benefit even more so than many, as our brand is looking to broadcast a truly national message and bring to light an issue that directly and adversely impacts countless thousands in our country every year. We hope Intuit will give NORML the same fair chance as any other entrant."

Together, we the people, are ending the US war on pot," NORMAL wrote on its contest entry. "With the last election and with the recent announcement from the attorney general in Washington DC, we are beautifully positioned to make sure a responsible, adult American citizen is never again arrested for enjoying the beauties of recreational marijuana."

Ultimately, even if the NORML ad wins the contest, it's still up to Intuit to decide if they'll produce the ad, and the Super Bowl's broadcaster, Fox, will have a final say on whether they will air it.