Poachers in Zimbabwe poison more than 80 elephants with cyanide

Poachers poison natural salt licks with cyanide to collect ivory from more than 80 elephants in Zimbabwe. 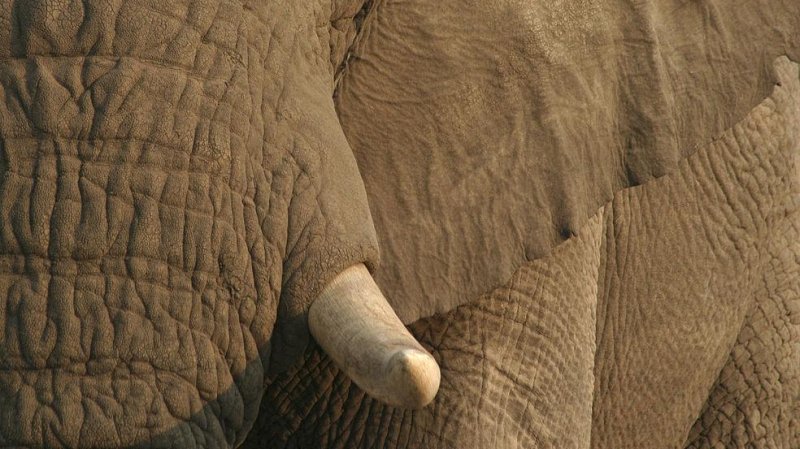 Since May, 87 elephant carcasses have been found in Zimbabwe's Hwange National Park, said Caroline Washaya-Moyo, public relations manager for the country's Parks and Wildlife Management Authority.

The wildlife authority has recovered 51 tusks, leaving poachers with 123 to sell. Police believe there are more dead elephants yet to be found.

Last month, five suspected poachers were arrested after 41 elephants were discovered dead in the park, which is near Zimbabwe's border with Zambia. Three have been convicted and are scheduled to be sentenced this week, while two investigations are ongoing.

Zimbabwe's newly appointed Environment Minister Saviour Kasukuwere said harsher jail terms will be "one of my missions in the new parliament, given the recent case of elephants which were poisoned by poachers."

The use of cyanide also threatens other park animals. "When other animals and birds feed on the rotting elephant carcasses, they will also die from the poison," Rodrigues said. "Hundreds of animals are now at risk."

The wildlife authority warns that poaching syndicates in Zimbabwe "have become sophisticated and need appropriate responses to effectively deal with them."

The International Fund for Animal Welfare published a major poaching study this year and found that the surge in demand for illegally trafficked ivory has resulted in an elephant being killed poachers on average every 15 minutes.

"Elephants were killed for their ivory in record numbers in 2011 and 2012, and some rhinoceros subspecies have become extinct or are on the verge of extinction," it said.

Although much of the demand for the ivory is in Asia, particularly China, the United States is the second-largest market for illegally trafficked wildlife, followed by the European Union.