Jim Carrey gave fans a toothy glance at "Dumb and Dumber To." 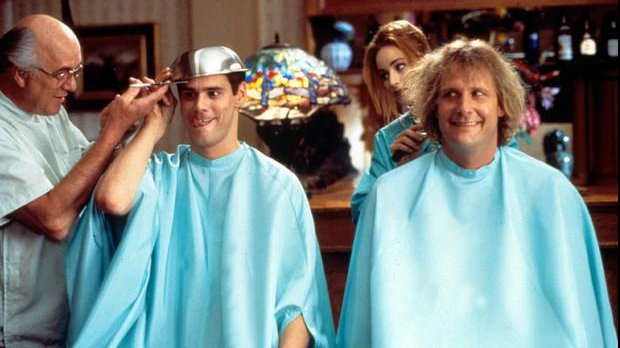 A "Dumb and Dumber" sequel is finally nigh, nearly two decades after the buddy cop comedy hit theaters. After a myriad of production problems and questions surrounding Jim Carrey's involvement, it looks like "Dumb and Dumber To" is back on track.

Jeff Daniels has already promised that filming begins this month, telling Jimmy Fallon in July that the script is "hysterical."

Now, Carrey has tweeted a look at himself back in action as one half of the incredibly idiot duo that first appeared on screens in 1994. Here's Lloyd's chipped tooth:

Bobby Farrelly said last year that the plot would involve a Lloyd or Harry's love child.

“The story revolves around the fact that one of them may have sired a child. They want to go and find the child because he’s having a kidney problem and he wants to ask him for one of his kidneys."