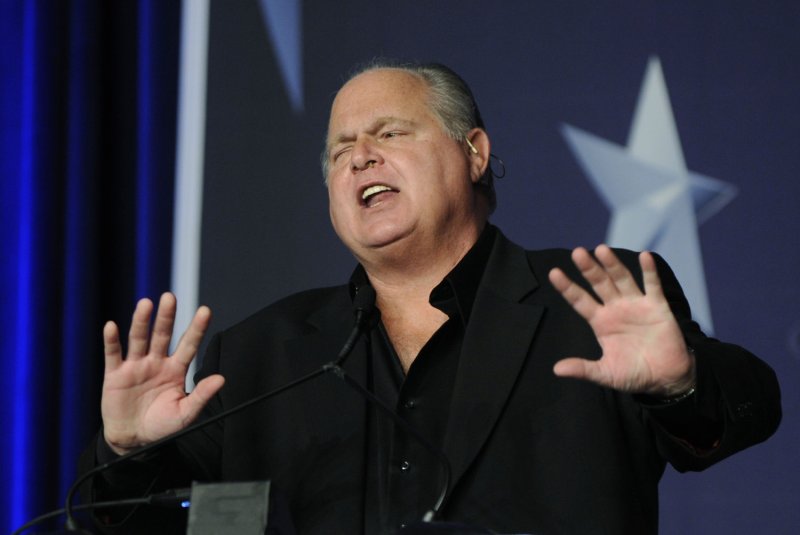 "I don’t see how I can do it," Limbaugh told his radio listeners. "I’m too famous. This business about moderating Republican debates."

"This business" he referred to was a report in the Washington Examiner Thursday morning that said the Republican National Committee was considering popular radio hosts Sean Hannity and Mark Levin as moderators in addition to Limbaugh.

Speculation opened the last week when RNC Communications Director Sean Spicer said during a radio interview that "Mark Levin should ask the questions," so "grassroots conservatives" could relate to the questioner.

RNC Chairman Reince Priebus has already threatened to pull the Republican debates from NBC and CNN, both for their upcoming Hillary Clinton documentaries, which he called "a thinly veiled attempt at putting a thumb on the scales of the 2016 presidential election."

On moderator selection, Priebus said he was trying to "control the referees" because CNN and NBC were “not in the business of promoting our party.”

But proposed referee Rush Limbaugh says that even though he would bring big ratings to the debates, it would be a "tough call" to accept the gig.

"I think I’d overshadow it. I think I’m too famous. It’d be a tough call. It’d be a real, real, real tough call,” Limbaugh said. "It could get ratings, I mean there’s no question about that. Anyway, it’s an idea that’s out there."