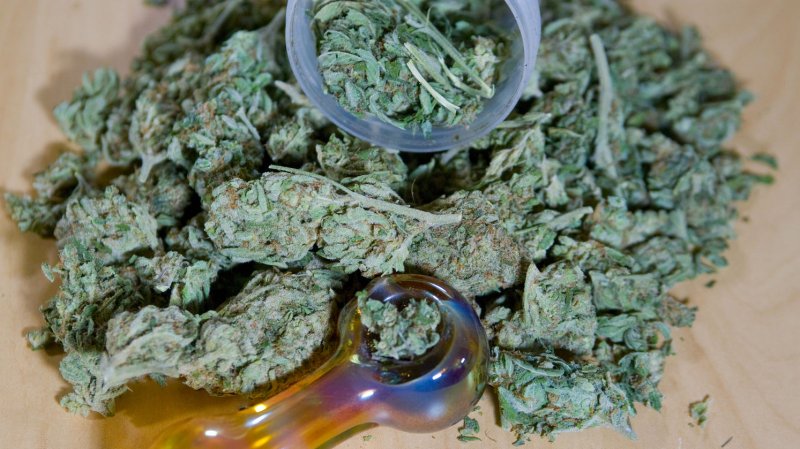 Uruguay may become the first country to fully legalize marijuana, allowing citizens to grow, sell, and distribute the drug.

The bill passed the country's lower house late Wednesday night by a vote of 50 to 46, and lawmakers say the bill has majority support in the Senate.

President José Mujica also supports the bill, which he says will allow police to divert resources to fighting crime associated with trafficking other drugs.

The law would allow citizens could to grow up to six plants in their home and form cooperatives with up to 99 plants. Legal sales of marijuana at pharmacies would be restricted to Uruguayan citizens in an effort to prevent drug tourism.

The legislation has been under debate for more than a year. Although the majority of Uruguayans are believed to still oppose legalization, the government moved forward after a nationwide education campaign supported by a network of nonprofits.

Part of the campaign sought to explain the economic impact of allowing marijuana to be cultivated in Uruguay legally, rather than smuggled in from Paraguay, as is the case currently.

But opposing lawmakers believe relaxing drug laws will lead to increased drug use. "This is an adventure which may end up endangering an entire generation," said Gerardo Amarilla, a legislator belonging to Uruguay’s National Party.

It is a common argument in many governments debating marijuana laws, and if toppled in Uruguay, other countries could soon follow.

"This vote is destined to have a big impact, with regional and even global repercussions for drug policy," said John Walsh, an analyst at the Washington Office on Latin America, a human rights group.

A small country, Uruguay has a population of 3.3 million, and Mujica, a former guerrilla, has enacted a number of socially liberal policies including an abortion rights law. The government has also moved to legalize same-sex marriage and is seeking to become a center for renewable energy ventures.

"Uruguay’s timing is right," Walsh said. "Because of last year’s Colorado and Washington State votes to legalize, the U.S. government is in no position to browbeat Uruguay or others who may follow."