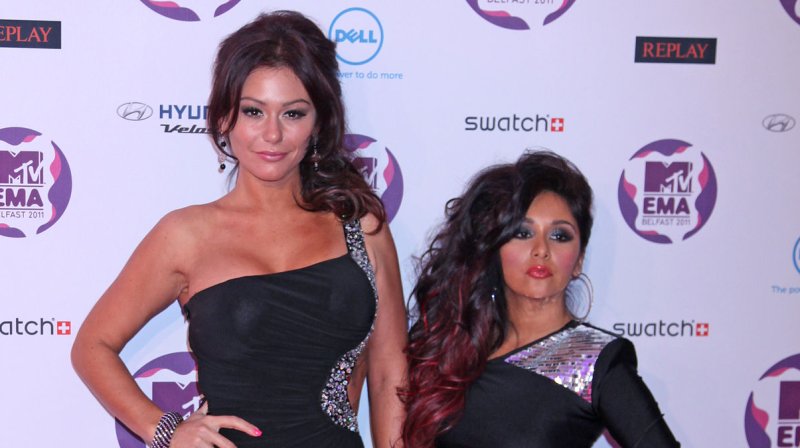 How would you feel if two "Jersey Shore " cast members came to your neighborhood to film a reality show?

Forty residents of Pelican Island, N.J., a small community still rebuilding after Hurricane Sandy, have banded together to oppose the filming of MTV reality show, "Snooki and JWoww, this summer, the Star-Ledger reported Sunday.

They fear that Nicole "Snooki" Polizzi and Jenni "JWoww" Farley will hinder rebuilding efforts and damage the quiet reputation of the town.

“This is in a residential zone and use of it is very restrictive," Attorney Ron Gasirowski, who represents twelve of Snooki and JWoww's future neighbors, told reporters.

RELATED Nicholas Hoult, Jennifer Lawrence reunite at Comic-Con: Are they back together?

"They didn’t disclose to anyone what they were doing there. People first became aware of this when they started to see trucks and equipment being delivered to the site," he said.

Not ones to avoid confrontation, Snooki and JWoww took to Twitter to defend their right to vacation in Pelican Bay.

Laughing so hard over these reports @snooki ... Who would've thought 2 girls can piss so many people off #embracethehaters

"Insult my son & fiancé, and I will go mama bear on your ass," Snooki tweeted.
Advertisement

"If my 'actions' like playing with my son is bringing the wrong 'crowd,' obviously we are on too [sic] different pages here. I stick up for my fam," she added.

City Council president James Byrnes said the show would be too disruptive.

“For her to bring her family and stay there is a great thing. But the timing’s not right, and the commotion of just the show, what the show causes, is outrageous," he said.

"This is not how we should be treating one another. Absolutely sick and very sad. I pray for you. There's much bigger things to worry about in life than trying to ban my family from your neighborhood," she said.