Ramsey: No burgers, thanks 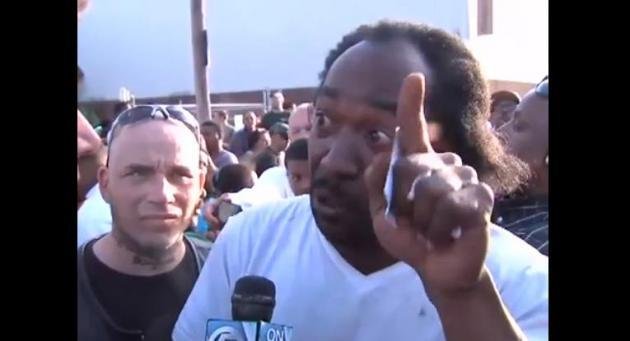 Charles Ramsey gives the interview that made him famous.

Charles Ramsey wants no part of the fame and (fast food) fortune that has come with his role in the rescue of three women who were held captive in a Cleveland home for more than a decade.

Ramsey, who was mid-Big Mac when he heard the screams that led him to help Amanda Berry, Gina deJesus and Michelle Knight escape the clutches of Ariel Castro, was awarded free burgers for life from a dozen nearby restaurants.

His colorful interview rocketed him to viral fame and spurred Taiwanese video makers NMA-TV to create a video game in which Ramsey tosses burgers at Castro.

But Ramsey says he hates the game, hates the attention, and wants nothing to do with any of it.

RELATED Charles Ramsey to get free burgers for life

"I want everyone to know that I have nothing to do with this trash," Ramsey said in a written statement through his attorney, Patricia Walker.

He also asked Hodge's restaurant, where he worked as a dishwasher, to stop using his name for the Ramsey burger named in his honor.

"He is encouraging people to do things that will help the victims," Walker said. "He was never asked about authorizing Ramsey Burgers."

After Ramsey's complaint, Hodge's co-owner Scott Kuhn released a statement saying the restaurant and the others in the Driftwood Restaurant Group would pull the new menu item.

"The Ramsey burger was named to honor an employee at a time he indicated he would be returning to his job at Hodge's," the statement said. "It was not developed to generate additional revenue for the restaurant -- nor has it."

"We are saddened to hear that Chuck did not take this -- or the offer of so many Cleveland restaurants to give him free meals -- in the spirit we intended," Kuhn said.

Walker said Ramsey hired her in an attempt to regain control over his name and likeness after his right-place-right-time heroics turned him into a sensation.