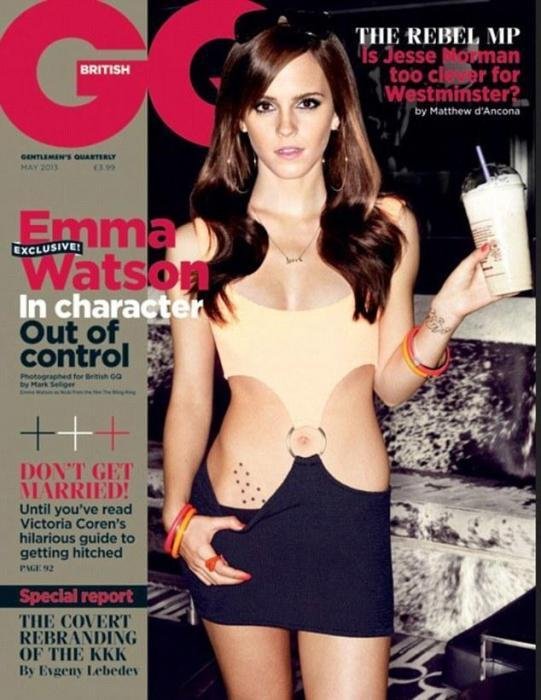 Emma Watson, a cast member in the motion picture romantic drama "The Perks of Being a Wallflower", attends the premiere of the film at the Arclight Cinerama Dome in Los Angeles on September 10, 2012. UPI/Jim Ruymen | License Photo

While posing for the latest issue of British GQ magazine, Watson disguised herself as Nicki -- her character in the Sofia Coppola film, "The Bling Ring" -- once again. As part of her disguise, the "Harry Potter" star went brunette, wore a skin tight dress and sported several fake tattoos.

While the photos led many to believe Watson was following in the footsteps of her tattooed peers, this wasn't the case.

Watson is probably already used to the attention brought on by her fake tats. Last year, while she was filming "The Bling Ring," many sites published photos of her on set under flamboyant headlines stating the actress was flashing a "tramp stamp."

You'll be able to see more of Watson's tattoos when "The Bling Ring" hits theaters in June.