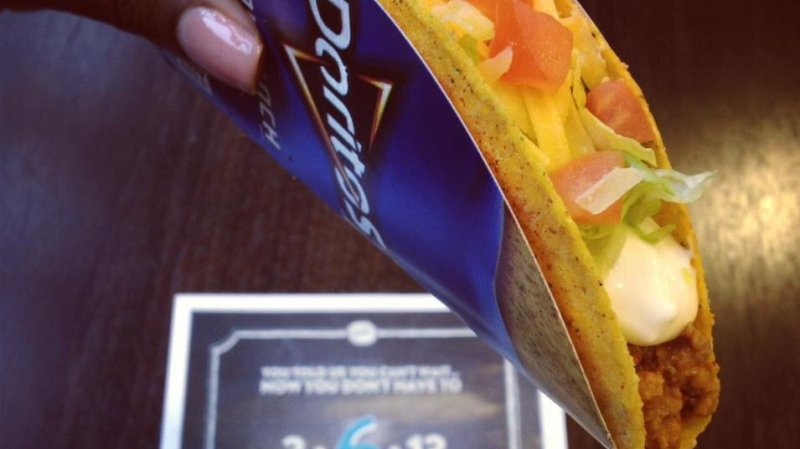 The hotly anticipated debut of Taco Bell's Cool Ranch Doritos Locos got off to a bumpy start Wednesday when a mix-up over a Facebook promotion saw thousands of hungry fans disappointed when many locations did not yet have the tacos available.

Taco Bell announced on Twitter and Facebook that the tacos would be available starting a day earlier than the planned March 7 roll-out.

You can buy #CoolRanchDLT on #March6th! Retweet this if you're going to buy one tomorrow. twitter.com/TacoBell/statu…

But not all Taco Bell locations got the memo, and many of the restaurants simply weren't ready to start serving the new dish.

"So it's 12:12AM March 6th, and my Taco Bell in Burlington IA will not hook me up," wrote Aaron Lüttenegger.

And from Joel Danto: "Went to 2 different taco bell locations in Los Angeles tonight after midnight to get the cool ranch doritos tacos and they did not have them. One was La Brea/Venice, the other was Rodeo/La Cienega. Why would you promote having it on 3/6 if you're not going to have it? Why Taco Bell, why?? Hate to say it but Taco Bell fail."

Joshua Eads braved the #Snowquester, but to no avail: "Denied in Baltimore to. Just drive through a snow storm and got told come back tomorrow."

Taco Bell later apologized on Twitter, promising to have the Cool Ranch ready for Thursday.

We love our fans! Sincere apologies if you couldn't buy #CoolRanchDLT early. We're working to have participating locations sell today.

A representative for the restaurant also issued a statement to Consumerist:

"While the official launch day of Cool Ranch Doritos Locos Tacos is tomorrow, we’re humbled by the overwhelming response to Fan Day. We apologize to those fans who couldn't buy it a day early and are working hard to have all participating locations honor Fan Day today. We want to assure everyone that Cool Ranch Doritos Locos Tacos will be available nationwide tomorrow, March 7."