Limiting access to abortion could harm the economy, women's well-being

By Michele Gilman, University of Baltimore

A man holds a pro-choice sign during a news conference at the Supreme Court in Washington on Tuesday.  Photo Leigh Vogel/UPI | License Photo

Dec. 3 (UPI) -- The U.S. Supreme Court on Wednesday heard oral arguments in a case that may result in a ruling that overturns Roe vs. Wade.

But reproductive health isn't just about abortions, despite all the attention the procedures get. It's also about access to family planning services, contraception, sex education and much else -- all of which have also been under threat in recent years.

Such access lets women control the timing and size of their families so they have children when they are financially secure and emotionally ready and can finish their education and advance in the workplace. After all, having children is expensive, typically costing almost $15,000 a year for a middle-class family. For low-income working families, child care costs alone can eat up over a third of earnings.

And that's why providing Americans with a full range of reproductive health options is good for the economy, at the same time as being essential to the financial security of women and their families. As a law professor who represents people experiencing poverty, I believe doing the opposite threatens not only the physical health of women but their economic well-being, too.

A Supreme Court majority acknowledged as much in 1992, stating in its Planned Parenthood of Southeastern Pennsylvania vs. Casey decision:

"The ability of women to participate equally in the economic and social life of the nation has been facilitated by their ability to control their reproductive lives."

But in recent years, the right to control their reproductive health has become increasingly illusory for many women, particularly the poor.

Given their focus on limiting access to abortion, you might assume that conservative politicians would support policies that help women avoid unintended pregnancies. But conservative attacks on birth control are escalating, even though 99% of sexually active women of reproductive age have used some form of it such as an intrauterine device, patch or pill at least once.

In addition to its widely recognized health and autonomy benefits for women, contraception directly boosts the economy. In fact, research shows access to the pill is responsible for a third of women's wage gains since the 1960s.

And this benefit extends to their kids. Children born to mothers with access to family planning benefit from a 20% to 30% increase in their own incomes over their lifetimes, as well as boosting college completion rates.

Not surprisingly, in a 2016 survey, 80% of women said birth control had a positive effect on their lives, including 63% reporting that it reduces stress and 56% saying it helps them to keep working.

Still, there is a class divide in contraception access, as evidenced by disparities in the 2011 rate of unintended pregnancies -- the latest data available.

While the overall rate fell to 45% that year from 51% in 2008, the figure for women living at or below the poverty line, although also decreasing, was five times that of women at the highest income level.

One reason for this disparity is the cost of birth control, particularly for the most effective, long-lasting forms. For instance, it typically costs women over $1,000 for an IUD and the procedure to insert it, amounting to about one month's full-time pay for a minimum-wage worker lacking insurance coverage.

These costs are significant, given that the average American woman will have about two children and will thus need contraception for at least three decades of her life. Unfortunately, publicly funded family planning meets only 54% of the need, and these funding streams are under constant attack by conservatives.

Not surprisingly, health insurance makes a difference, and women with coverage are much more likely to use contraceptive care. And yet about 6.2 million women who need contraception lack insurance coverage.

Further, this coverage can be denied to millions of employees and their dependents who work for employers claiming a religious or moral objection under a Supreme Court ruling in 2020.

Another key to reproductive health -- and one that isn't discussed enough -- is sexual education for teenagers.

For years, the public has spent up to $110 million a year on abstinence-only programs, which not only fail to reduce teen birth rates but also reinforce gender stereotypes and are rife with misinformation. Low-income minority teens are particularly subject to these programs.

Teens without knowledge about their sexual health are more likely to get pregnant and less likely to work, spiraling them to the bottom of the economic ladder.

Then there's the issue of abortion. Let's start with the cost.

Half of women who obtain an abortion pay more than one-third of their monthly income for the procedure.

The longer a woman must wait -- either because state law requires it or she needs to save up the money, or both -- costs rise significantly.

Studies show that women who cannot access abortion are three times as likely to fall into poverty as women who obtained abortions.

In addition to the financial burden, many states are enacting laws designed to limit abortion access. These laws hit low-income women particularly hard. Since Roe was decided, states have enacted 1,320 restrictions on abortion, including waiting periods, mandatory counseling sessions, and onerous restrictions on clinics. In 2021 alone, states passed 90 such laws.

Another way in which U.S. policy on abortions exacerbates economic inequality, especially for women of color, is through the ban on federal funding.

It has been so since the 1976 enactment of the Hyde Amendment, which prevents federal Medicaid funds from being used for abortions except in cases of rape or incest, or when the life of the mother is at risk.

Denying poor women coverage for abortion under Medicaid contributes to the unintended birth rates that are seven times as high for poor women as for high-income women.

If Roe vs. Wade is overturned by the Supreme Court, poor women would be affected the most. Women who are denied abortions are more likely to end up in poverty, be unemployed and turn to public assistance.

By contrast, economists have established that the legalization of abortion led to improved educational, employment and earnings outcomes for women, as well as for their children.

This is an updated version of an article originally published on April 27, 2016.

Michele Gilman is a venable professor of law at the University of Baltimore.

Demonstrators gather outside the Supreme Court during abortion hearing 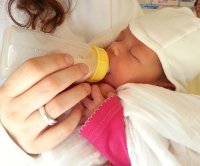 Voices // 2 days ago
Baby formula industry primed for disaster before key factory closed
May 20 (UPI) -- The conditions that led to a shortage of baby formula were set in motion long before the February closure of the Similac factory tipped the United States into a crisis.

Voices // 3 days ago
Loop Current, fueler of monster hurricanes, looking a lot like year of Katrina
May 19 (UPI) -- A current of warm tropical water is looping unusually far into the Gulf for this time of year, with the power to turn tropical storms into monster hurricanes.

Voices // 5 days ago
In Midwestern schools, LGBTQ teachers face discrimination, hate and their own fears
May 17 (UPI) -- The national debate about LGBTQ issues in schools has come to the Midwest. In the wake of the passage of Florida's so-called "don't say gay" law, more than a dozen other states have proposed similar legislation.

Voices // 6 days ago
Ireland's abortion ban was a story of suffering and death
May 16 (UPI) -- If the U.S. Supreme Court overturns Roe vs. Wade, the 1973 decision that legalized abortion in the United States, the nation may find itself on a path similar to that trod by the Irish people from 1983 to 2018.

Voices // 1 week ago
If Roe vs. Wade is overturned, there's no guarantee of abortions in liberal states
May 9 (UPI) -- Liberal policymakers are quickly positioning their states as abortion havens after a leaked draft of a U.S. Supreme Court opinion indicating that the court could overturn Roe vs. Wade was made public.
Advertisement