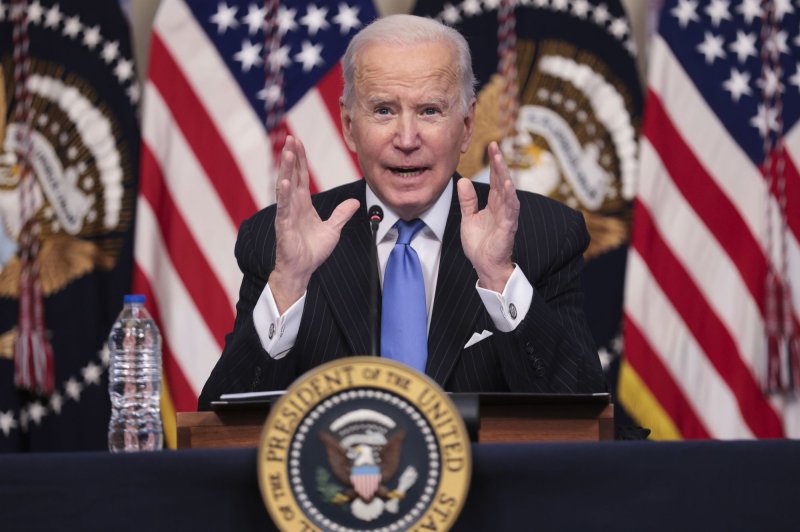 Aside from a veritable handful of national security scholars -- and no doubt many more Chinese and Russians -- beyond the administration, this document probably sank without trace before it was even launched. In fairness, the congressionally mandated National Security and National Defense Strategy reviews will be released in early 2022 that will codify President Joe Biden's policies and priorities.

However, the interim guidance no doubt will be repeated possibly word for word in these documents.

That alone should raise some profound questions. First, the interim guidance is part aspirational, part rhetoric to honor campaign promises and part ideological to set up what may be an unfortunate collision with China and Russia. The guidance does not offer specific actions or prioritize basic aims and objectives. But it does present what may be profound departures from the prior administration.

The president's introduction makes the aspirational and ideological thrusts very apparent: "I firmly believe that democracy holds the key to freedom, prosperity, peace and dignity. We must now demonstrate -- with a clarity that dispels any doubt -- that democracy can still deliver for our people and for people around the world."

And the president argues that the way to accomplish this is to: ... "build back better our economic foundations; reclaim our place in international institutions; lift up our values at home and speak out to defend them around the world; modernize our military capabilities, while leading first with diplomacy; and revitalize America's unmatched network of alliances and partnerships."

Clearly, this is fairly standard and unexceptional rhetoric. The critical questions are how are these goals going to be translated into action; with what priorities, resources and timetables; and most importantly, do these respond to the geostrategic, economic, social, environmental and pandemic challenges and crises the nation faces? These are unstated and thus assumed to be answered in due course.

To underscore the competition and struggle with authoritarianism as an alternative political model, the guidance concludes that "To prevail, we must demonstrate that democracies can still deliver for our people. It will not happen by accident -- we have to defend our democracy, strengthen it and renew it." No doubt, China, Russia, Iran and North Korea are listening.

Regarding national defense: "We will ensure our armed forces are equipped to deter our adversaries, defend our people, interests and allies and defeat threats that emerge. But the use of military force should be a last resort, not the first." And, like the Trump National Defense Strategy that directed the U.S. military must be able "to compete, deter and, if war comes, defeat" a range of adversaries headed by China as the "pacing threat" and Russia, those objectives remain undefined and how each is to be achieved unstated.

The Trump National Security Strategy was based on "America first;" a withdrawal from multilateral activities; and tariff wars to punish or coerce other states to deal "more equitably" with the United States. The Biden guidance rejected international retraction despite the disastrous withdrawal from Afghanistan in favor of far greater collective action to take on issues such as climate change; COVID-19; and social and economic inequality -- all noble intentions.

But can these aspirations be met? And will focus on democracies being the means to solve international ills work, given that many democracies are failing in providing for citizens' needs? To some, this notion seems to reflect John Kennedy's promise to "pay any price and bear any burden" to protect liberty that led to the Vietnam debacle.

History may not be repeating, but as Mark Twain observed, "It may be rhyming."

If the forthcoming security and defense reviews merely elaborate on this guidance, will the United States and its friends and partners be any safer or more secure? While waiting for that answer, what the guidance needed was an integrating theme. The theme I would propose is this:

During the Cold War, preventing thermonuclear war and the evisceration of much of humanity was expressed in the shorthand of MAD -- Mutual Assured Destruction. As long as both sides could destroy the other, nuclear deterrence would be maintained. And it was.

Today, a new MAD stands for Massive Attacks of Disruption, whether from nature, such as COVID-19 and climate change, or from man, in the form of cyber, terror and other sources. The aim must be to contain, prevent and defend against MAD, including the very disruptive strategies of China and Russia. Around that theme, specific actions can follow.

A guess: The forthcoming reviews will suffer from the same shortcomings as the guidance.

Voices // 3 days ago
Baby formula industry primed for disaster before key factory closed
May 20 (UPI) -- The conditions that led to a shortage of baby formula were set in motion long before the February closure of the Similac factory tipped the United States into a crisis.

Voices // 4 days ago
Loop Current, fueler of monster hurricanes, looking a lot like year of Katrina
May 19 (UPI) -- A current of warm tropical water is looping unusually far into the Gulf for this time of year, with the power to turn tropical storms into monster hurricanes. 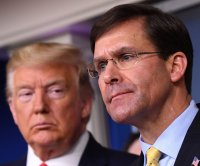 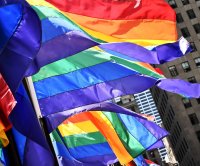 Voices // 6 days ago
In Midwestern schools, LGBTQ teachers face discrimination, hate and their own fears
May 17 (UPI) -- The national debate about LGBTQ issues in schools has come to the Midwest. In the wake of the passage of Florida's so-called "don't say gay" law, more than a dozen other states have proposed similar legislation.

Voices // 1 week ago
Ireland's abortion ban was a story of suffering and death
May 16 (UPI) -- If the U.S. Supreme Court overturns Roe vs. Wade, the 1973 decision that legalized abortion in the United States, the nation may find itself on a path similar to that trod by the Irish people from 1983 to 2018. 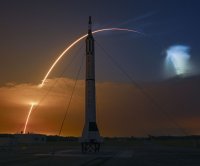 Voices // 1 week ago
It's time for a new U.S.-Korea alliance for a free, unified peninsula
May 10 (UPI) -- A small group of civil society stakeholders from South Korea, North Korea, the United States, Japan and China recently convened in the mountains of Virginia to address the security situation on the Korean Peninsula.
Advertisement