Buying a new electric car won't save the planet

By Timothy Welch, University of Auckland
1/5

Nov. 18 (UPI) -- At the COP26 climate summit, world politicians patted themselves on their backs for coming to a last-minute agreement. Humanity now waits with bated breath to see if countries implement the commitments they made, and if those commitments help the planet.

If the rest of our climate progress mirrors the policies around transportation, we're in for a difficult future.

COP26 may have been one of the last chances to head off devastating climate change, and yet, the best and boldest action our leaders could envision for transportation was the universal adoption of electric vehicles -- with a vague nod to active and public transport.

EVs are exciting for politicians, many businesses and a few drivers. They give us the illusion we are dramatically reducing our environmental impact while changing virtually nothing about our lifestyles.

But EVs do what cars with internal combustion engines have always done to our urban areas. They make it possible to put greater distances between the places we live, work and shop. But ever expanding cities are unsustainable.

Building endlessly into greenfield areas and swapping forests or agricultural land for low-density housing uses exorbitant amounts of limited resources. The further out our cities grow, the less interest there is in building up to achieve the scale our urban areas need for the efficient use of infrastructures like water, sewerage, electricity and public transport.

More cars in cities mean more space taken for parking, less room and more danger for active modes and less efficient public transport. Plugging in a car doesn't stop it from being a lethal machine or causing congestion.

There is still no clear and sustainable pathway to manage the e-waste generated by EVs. Electric cars are not "green." They still use tires, which create massive waste streams. Tire wear produces microplastics that end up in our waterways and oceans.

Although EVs use regenerative braking, which is better than traditional internal-combustion cars, they still use brake pads when the brakes are applied. Braking generates toxic dust composed of heavy metals like mercury, lead, cadmium and chromium. These heavy metals make their way to our streams and rivers, embedding themselves in these waterways forever.

Even if EVs were great for the planet, we may not get to a level of use in New Zealand to meaningfully reduce transport emissions to merit our climate goals.

New Zealand introduced subsidies in July this year, but at this point less than 0.5% of the vehicle fleet is fully electric. At the current rate of EV adoption, it will take many decades before enough electric motors propel our vehicle fleet to reduce greenhouse gas emissions.

According to the Climate Change Commission's advice to the government, to achieve New Zealand's 2050 net zero target, at least 50% of imported light vehicles would need to be fully electric by 2029, with no light internal-combustion vehicle imports from the early 2030s. The report goes on to concede that:

Even with the rapid switch to EVs, roughly 80% of the vehicles entering the fleet this decade would still be internal combustion engine vehicles.

The current rates of EV adoption reflect uptake by the wealthiest in our society. Once those with the greatest disposable income purchase electric cars, we can expect the adoption curve to flatten.

It is unfair to expect middle and lower-income people to replace their current vehicles with more expensive electric cars. Mitigating emissions through consumerism is highly inequitable. We are placing the most significant burden on the most vulnerable groups.

Those who push technology like EVs make big promises that lull us into a false sense that we can live our lives in virtually the same way we do now and not worry about the planet. In reality, our lifestyles need to undergo significant changes to make a meaningful impact.

Despite all this, there is good news. The changes needed to move us closer to a sustainable future are many of the things a lot of us love about living in a community. It's about bringing different land uses closer together to make it possible to live, work and shop in your neighborhood. It's about connecting communities with cycling and public transport infrastructure for longer trips.

Life as we know it will have to change, but that change could be for the better. We don't need to ditch the more than 3 million fossil fuel cars we have, but we should drive them a lot less. Though it sounds nice, buying a new electric car won't save the planet.

Timothy Welch is a senior lecturer in urban planning at the University of Auckland. 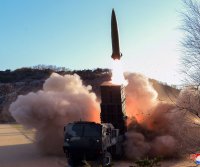