The two greatest of all America's great documents are the Declaration of Independence and the Constitution. Both were written by the best minds of the 18th century. Yet, are both still relevant and fit for the 21st century?

The first arises from the most trenchant line in the Declaration of Independence: "When government becomes destructive, it is the right of the people to alter or abolish it and establish a new one." Given the Jan. 6 violation of the U.S. Capitol by many who wrongly disputed the legitimacy of the 2020 presidential election and the assault on democracy, will this violence continue and worsen as Americans who no longer respect or abide by the law use that line as justification for and reason to overthrow the government?

The remaining flaws come from the Constitution. The basis for the Constitution was to establish a republic in which government was organized around checks and balances and, as we all know, three branches. But for this system to work, at least one of three conditions must be present. One party can control both ends of Pennsylvania Avenue with veto-proof majorities in Congress and a majority on the Supreme Court.

Or, a crisis such as Pearl Harbor can rally a deeply divided nation. Last, civility and compromise can overcome profound political differences. But a pandemic that claimed more American lives than lost in every war and conflict fought since 1865 divided and did not bind the nation. And civility and compromise have long been missing in action. Thus, government is failed and failing, reinforcing the rationale to "alter it."

Third is the Second Amendment and the right to bear and carry arms. That amendment has been so broadly interpreted (wrongly in my view) to the point where there are now more firearms in America than citizens. The Second Amendment enables the first flaw. Those wishing to "abolish government" are now armed to achieve that aim.

Last is the organization and role of the Senate. The Senate was designed to represent the states. Until 1913, members were appointed by the states. The House represented the people in direct vote. And the president was elected by the Electoral College (with the exception of the 1876 election, in which a compromise ended the deadlock). However, over time, as partisan politics took hold, the party with even a minimal majority (split 50/50 with a vice president casting the deciding vote), can represent a minority of Americans.

In the 116th Congress, Republicans controlled 53 seats, the Democrats 47, including two Independents. But that majority represented less than two-fifths of the population. Concurrently, both parties have placed winning power over good governing. Obviously, the House was meant to represent the people. However, these flaws, exacerbated by the filibuster used by both parties to stop legislation, have consigned the Senate to near permanent gridlock, despite the passage of the infrastructure bill.

What can be done? My forthcoming book lays out prescriptions.

Because debate over the filibuster is divided, restoring it for the remainder of President Joe Biden's term to determine its impact is one way to unlock gridlocked government. Of course, there are downsides. But it would be difficult to see how gridlock could become any worse.

About the Senate, it is time to convene a Constitutional Convention, perhaps supported by a national referendum on its findings. Not much can be done about the Second Amendment. While revision or repeal would be the most responsible outcome, that could provoke if not a civil war, certainly violence.

Two changes can reconcile some of these major flaws. One is to allot Electoral College votes proportionally to the popular vote. That would reduce claims of voter fraud as the popular vote would determine allocation rather than winner take all.

Second, if the Electoral College were deadlocked, the election goes to the House. States vote as individual blocs to choose the president. Currently, while in the minority, Republicans control a majority of states. Hence, even if these states represented a small slice of the population, they would elect the president by a 26-24 vote.

The constitutional change would require all members of the House to vote for the president and not just by states.

The choice may be clear. But action is not. If we are to preserve our republic, these flaws must be addressed. If not, the current condition of our political health will only worsen. And no cure seems visible.

Harlan Ullman is senior adviser at Washington, D.C.'s Atlantic Council, the prime author of "shock and awe" and author of the upcoming book, "The Fifth Horseman and the New MAD: How Massive Attacks of Disruption Became the Looming Existential Danger to a Divided Nation and the World at Large."

Voices // 1 day ago
Pandemic's unequal toll on people of color underlines U.S. health inequities
Jan. 20 (UPI) -- From the earliest days of the pandemic, COVID-19 has wrought a far higher toll in communities of color than in the general population.

Voices // 2 days ago
A White House in extremis needs help now
A year ago, I proposed six recommendations for the Biden administration to consider as it developed its policies. As it begins its second year, on the current course, the administration is in or close to extremis. 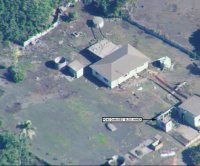 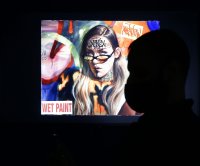