By Ross Ramsey, The Texas Tribune
1/2

Beto O’Rourke has an advantage over Gov. Greg Abbott in that he has no real competition in the coming primary and can start his race against the governor now instead of stopping to win over the Democrats. File Photo by Kevin Dietsch/UPI | License Photo

Nov. 17 (UPI) -- The 2018 race for U.S. Senate was all about the incumbent, Ted Cruz. That year's breakout star was Beto O'Rourke, then an El Paso, Texas, congressman making his first statewide race. And in that referendum on Cruz, Cruz came close to losing.

The 2022 race for governor is a more conventional affair, with two known candidates -- O'Rourke and Gov. Greg Abbott -- each trying to convince voters that he, in spite of the flying mud of the campaign, would be the best governor of Texas starting in January 2023.

That's familiar turf for Abbott, who first took statewide office in Texas in 1995 -- first as a justice on the Texas Supreme Court, then as attorney general and then as governor. O'Rourke, who declared his candidacy Monday, is now a target, after that contest with Cruz and an unimpressive run for the Democratic presidential nomination in 2020 that ended before Texas voters cast their ballots. Those voters know who he is. He has acquired a number of blemishes and bruises during those two runs that Abbott will try to exploit. He's no longer the unknown candidate, the fresh face.

Abbott starts ahead, as Cruz did four years ago. In that latest poll, Abbott would beat O'Rourke 46%-37% in a race today. That single-digit margin shrunk when Abbott was matched up with a nameless Democrat: He'd still win, but only by a 42-37 margin.

O'Rourke has this advantage over Abbott: He has no real competition in the coming primary and can start his race against the governor now instead of stopping to win over the Democrats. Abbott is safely ahead of Allen West, Don Huffines and others in the GOP primary, but it's never safe to ignore candidates who have run successfully in the past.

In 2018, against two virtually unknown candidates, Abbott won the Republican primary with 90.4% of the vote. In 2014, running for an open seat after Gov. Rick Perry decided not to seek another term, Abbott got 91.5% in a primary with three opponents.

A lower number in the 2022 primary wouldn't be fatal, but it could indicate some decay of his popularity in his own party.

The race against O'Rourke, no matter who the Republicans nominate, will be full of sharp, partisan differences. Abbott's problem in the primary is with candidates positioning themselves as more conservative. Republicans who vote for those opponents on ideological grounds aren't likely to turn around and vote for a Democrat in the general election.

But Abbott's opponents have been harping on some themes the Democrat will focus on, including the responses to COVID-19 and the failure of the state's electric grid during statewide winter storms last February.

Expect a big, noisy race. It's at the top of the ballot and will get lots of attention, in Texas and beyond. Both candidates excel at fundraising. Abbott had $55 million in his campaign account at midyear, according to reports he filed with the Texas Ethics Commission. O'Rourke raised almost $80 million in his 2018 race for U.S. Senate, and this time will be raising money without the contribution limits imposed on federal candidates.

Each party's biggest name is on the ballot, with gobs of money and plenty of differences to pick at and argue over. This isn't a rerun of O'Rourke's 2018 up-from-nowhere attack on Cruz. Abbott is already running attack ads. The Democrat signaled his intentions early, but waited until late to jump in -- a way to hold off the grind of the coming campaign as long as possible.

This isn't another referendum on an incumbent. Cruz waited a long time to take O'Rourke seriously. Abbott isn't making that mistake.

Disclosure: The University of Texas at Austin has been a financial supporter of The Texas Tribune, a nonprofit, nonpartisan news organization that is funded in part by donations from members, foundations and corporate sponsors. Financial supporters play no role in the Tribune's journalism. Find a complete list of them here.

Voices // 10 hours ago
Limiting access to abortion could harm the economy, women's well-being
Dec. 3 (UPI) -- Providing Americans with a full range of reproductive health options is good for the economy and essential to the financial security of women and their families. 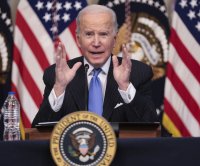 Voices // 3 days ago
Green transition must avoid 1970s policy errors in oil market
Nov. 30 (UPI) -- Russian energy giant Gazprom has announced record profits for the first nine months of the year, and is forecasting even stronger results for the fourth quarter. 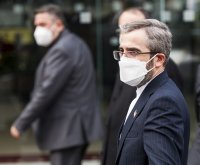 Voices // 1 week ago
Politicians fear tough questions on guns, infrastructure, U.S. role in world
Centuries ago, the first American settlers gave thanks for their survival. Today, too many politicians are offering thanks for not having to confront direct questions about America and its role in the world.

Voices // 2 weeks ago
Canada's flooding after heatwave shows how climate disasters combine
Nov. 19 (UPI) -- People living in British Columbia will feel like they have had more than their fair share of climate disasters in 2021.

Voices // 2 weeks ago
Buying a new electric car won't save the planet
Nov. 18 (UPI) -- COP26 may have been one of the last chances to head off devastating climate change, and yet, the boldest action leaders could envision for transportation was the adoption of electric vehicles.
Advertisement