Why are Joe Biden's poll numbers so low -- or maybe so high?

Polls change, of course, and may often be inaccurate. However, the most recent NPR-PBS-NewsHour poll stunningly "found 44 percent of Democrats and Democratic-leaning independents believe that a new nominee will give them their best shot at victory in the next presidential election .... 36 percent want the party to stick with Biden.... 20 percent aren't sure."

How did this happen?

It usually takes administrations a few years to reach such a low public standing. The answers will not please Democrats or the administration. The great American humorist Will Rogers provided one of them, admitting he was not a member of an organized political party. He was a Democrat.

For someone as experienced in governing -- 36 years in the Senate and chairing the Judiciary and Foreign Affairs Committees and eight as vice president -- Biden's main accomplishment has been replacing Donald Trump. His often faltering public performances have led critics to believe he is showing his soon to be 79 years of age. His team more resembles a Senate staff rather than a serious administration.

The bungled Afghan withdrawal; failure so far to pass the infrastructure bills; and deteriorating relations with China and Russia have all badly damaged Biden's standing. His embrace of social issues has not been universally popular. Nor has placing diversity over experience and competence in appointing his team gone down well with many Americans.

In fairness, holds on appointees placed by Sens. Ted Cruz and Josh Hawley have prevented the White House from filling out its national security team. No prior administration has been put at such a handicap for cynical, political reasons. That, however, is no excuse for some the major mistakes.

The most serious was the disastrous Afghanistan withdrawal. The February 2020 Doha Agreement between the Trump administration and the Taliban did not include the Afghan government. In it, the United States committed to full withdrawal by May 2021. The Biden administration knew this when it entered office. It also knew that in addition to removing the remaining 2,500 American and other coalitions forces, the termination of some 20,000 contractors would make it virtually impossible for the Afghan security forces to operate.

The administration extended the withdrawal date until the end of August. However, the administration failed to develop a coherent plan for a successful withdrawal not only of forces but dual national citizens and Afghans whose lives would be at risk under Taliban rule. Nor did it fully inform the public, NATO allies and the Afghans on its plans and intentions.

After the agreement in Doha, no sensible Afghan could not have foreseen what would unfold, even though the rapid collapse of the government surprised most observers and the administration. While the evacuation at Karzai International Airport was a military miracle, credibility of the administration was badly tarnished.

The failure, so far, to pass the infrastructure and "Build Back Better" bills reflects the president's inability to reconcile the profound divisions inside the Democratic Party even in an equally divided Senate and slim House majority that gives leverage to individual senators and the Progressive Caucus. And initial success in taming COVID-19 no longer seems to be helping the president. Off-year elections may also hurt the president's polls.

At best, the G20 meeting in Rome and then the United Nations Climate Change Conference in Glasgow, Scotland, will do the president no harm. But failure to achieve any meaningful progress could further erode Biden's standing, as expectations were running high and climate change is among the president's highest priorities.

The administration has also managed to worsen the poor relations with China and Russia. Speculation over a Chinese invasion of Taiwan was fueled when the president forgot that the 1979 Taiwan Relations Act was not a mutual defense pact. At a town hall, Biden dismissed the law, stating the United States would go to Taiwan's assistance in the event of a Chinese attack, quickly clarified by White House representatives.

The expulsion of eight Russian officials assigned to NATO on espionage charges and Russia's shutting down its mission in Brussels and NATO 's office in Moscow drove relations even lower. If continued cyberattacks and the Havana syndrome that may have harmed U.S. diplomats with high energy sources are attributed to Moscow, a crisis could follow.

Ironically, given all this bad news, one might wonder why the president's polls are as high as they are, not even lower.

Voices // 3 hours ago
Green transition must avoid 1970s policy errors in oil market
Nov. 30 (UPI) -- Russian energy giant Gazprom has announced record profits for the first nine months of the year, and is forecasting even stronger results for the fourth quarter. 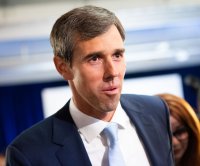