Philippines is set for a fiery election, even without any Dutertes

President Rodrigo Duterte recently announced he was resigning from politics, but many Filipinos were doubtful he would actually leave. File Photo by Keizo Mori/UPI | License Photo

Davao city Mayor Sara Duterte had been topping the polls of potential presidential candidates for months, but she also announced she would not run. File Photo by Cerilo Ebrano/EPA

Former Sen. Ferdinand "Bongbong" Marcos Jr. (C) greets supporters outside the Supreme Court in Manila, Philippines, in 2018. The Philippine Supreme Court, convening as an electoral tribunal, on 02 April began a recount of the May 2016 vice-presidential elections. Former senator Ferdinand 'Bongbong' Marcos Jr., is contesting Robredo's win over him in the elections. EPA-EFE/MARK R. CRISTINO

Oct. 14 (UPI) -- After five years under Rodrigo Duterte's brutal rule, Filipinos will soon go to the polls to choose a new leader -- and potentially a new direction for the country.

We now have a better idea who this new leader might be following last week's filing deadline for candidates for the May election.

And as the candidates begin to jockey for position, it's becoming clear there is no anointed successor to Duterte who might be able to carry on the legacies of "Dutertismo" -- how his brand of populist politics has become known.

Rather, the 2022 election is shaping up to be another race for a minority government. Both the ruling party coalition and the opposition coalition have failed to pick consensus candidates and assemble unified campaigns.

The winning margin is likely to be small, and voters may see the worst of the country's electoral politics, from the traditional use of "guns, goons and gold" (violent intimidation and vote-buying) to the new means of weaponizing social media.

The list of presidential candidates contains some familiar names, such as Ferdinand "Bongbong" Marcos Jr., the son of former dictator Ferdinand Marcos, and boxing-champion-turned-senator Manny Pacquiao.

But one name is conspicuously absent: Duterte. Rodrigo Duterte recently announced he was resigning from politics, but many Filipinos were doubtful he would actually leave. There was much speculation he might run as vice president alongside his daughter, Sara Duterte, the mayor of Davao City.

However, the much anticipated Duterte-Duterte ticket did not materialize. After his public approval ratings declined in recent months, Rodrigo Duterte decided not to run for the vice presidency.

This potential move would have been divisive, as he would have had to circumvent the constitutional ban on presidents running for re-election after a single term. He may have abandoned the idea because of fear of a public backlash -- a June survey showed most Filipinos considered a VP run to be unconstitutional.

The president's daughter, meanwhile, had been topping the polls of potential presidential candidates for months, but she also announced she would not run.

Sara Duterte has an ongoing rivalry with leaders of her father's imploding party, PDP-Laban, and she has repeatedly refused to be dragged into the messy work of salvaging its future. Instead, she says she will run for re-election as mayor.

The rumor mill about a potential father-daughter campaign (or a run by either Duterte on different tickets) will likely continue until mid-November, the deadline for substitution candidates to file.

After all, Rodrigo Duterte has pulled this surprise before. In 2015, he used this election rules "loophole" to jump into the presidential race late -- and then won. A repeat of this scenario is still the hope for many of his supporters.

So, who is running then?

With neither President Duterte nor Mayor Duterte in the race at this point, the ruling coalition is split into several camps.

Alongside Marcos Jr., Duterte's favored police chief, Sen. Ronald "Bato" Dela Rosa, is also running. However, he is considered by many to be merely a placeholder in case Sara Duterte decides to run.

This means Marcos Jr. is the likely candidate from the ruling coalition.

Despite being extremely worried about another Marcos or Duterte presidency, the opposition has yet to bridge the divide between the various anti-Duterte groups and deliver a consensus candidate. This is crucial for the opposition parties, as their numbers have been dwindling in parliament and they've been shut out from power for the past five years.

Vice President Leni Robredo, however, has entered the race. But she is lagging in pre-election polls and the fragmented opposition could hurt her campaign. Some anti-Duterte labor and farmers' groups are worried they could be sidelined.

Robredo's supporters are fired up by the prospect of running as a more ideologically cohesive group. But there are worries a small party won't stand a chance against the ruling party coalition in the election.

Moreno, meanwhile, is pitching a third way between the Duterte and anti-Duterte camps. The Manila mayor is running on a centrist campaign that can supposedly appeal to voters disillusioned with the illiberalism and pandemic mismanagement of the Duterte administration and the elitism and unpopularity of the opposition.

With his reputation as an effective and efficient mayor, his poll numbers are competitive, at least for now. But his centrist position makes him vulnerable to attacks from the loyal bases of both camps. More importantly, any pandering to Duterte or Marcos voters may cost him his democratic credentials.

In the coming months, Filipino voters will decide whether they want continuity, change, or a combination of these two things. The stakes are high, with the country still dealing with high daily COVID-19 cases and a slow vaccination rollout, as well as a scarred economy just emerging from last year's recession.

An opposition win in next year's election could also mean Duterte may be tried for his violent war on drugs, both in domestic courts and potentially by the International Criminal Court, which has just launched a full investigation.

The election will clarify which direction Filipinos want to steer the country's democracy -- toward further erosion under a Marcos presidency, a return to liberal reform led by Robredo, or perhaps a more middle-of-the-road approach with Moreno. It's a decisive election for the country at a critical time.

Cleve V. Arguelles is a PhD candidate in the Department of Political & Social Change at Australian National University.

Voices // 1 day ago
Iran seeks to add Beirut to list of capitals it controls
Oct. 18 (UPI) -- Ayatollah Ali Khamenei, the supreme leader of the Islamic Republic of Iran, has made no secret of his wish to dominate the Middle East. Current target: Lebanon. 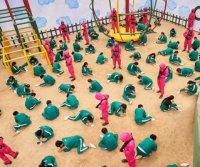 Voices // 1 week ago
U.S. default on debt could cause dollar -- and standard of living -- to fall
Oct. 12 (UPI) -- Congress has seemingly kicked the debt ceiling deadline down the road -- but the threat of a future default still exists. 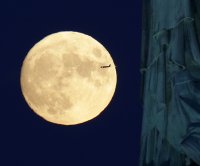 Voices // 1 week ago
Chang'e-5 samples reveal youngest moon rocks ever seen
Oct. 8 (UPI) -- Lava was still flowing on the surface of the moon 1.97 billion years ago -- and now we have the rocks to prove it. 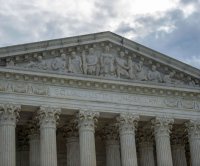 Voices // 1 week ago
Case before Supreme Court could topple gun restrictions
Oct. 7 (UPI) -- The stakes in one of the most significant Second Amendment cases in U.S. history are high. 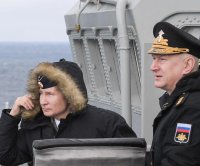 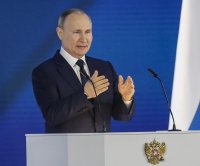 Voices // 2 weeks ago
Russia building a sovereign Internet -- with help from Apple, Google
Oct. 5 (UPI) -- On the first day of Russia's parliamentary elections, Apple and Google agreed to demands from the Russian government to remove a strategic voting app developed by opposition leader Alexei Navalny from the app stores.
Advertisement