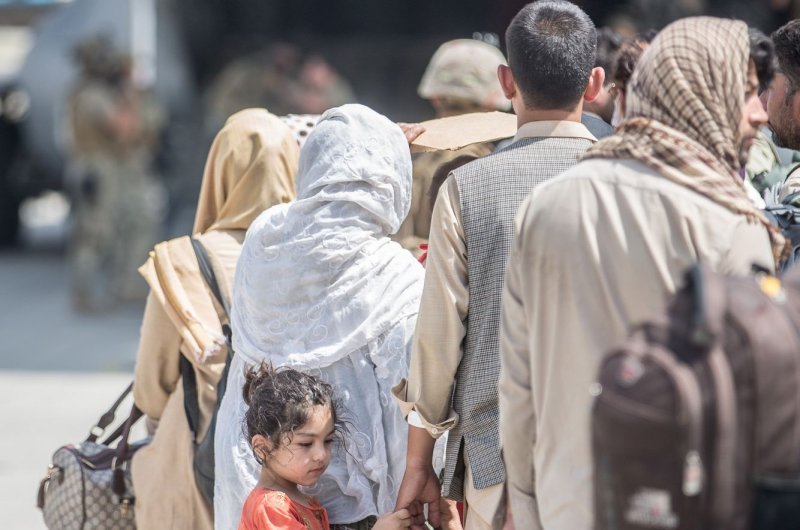 U.S. President Barack Obama and Vice President Joe Biden, along with with members of the national security team, receive an update on the mission against Osama bin Laden in the Situation Room of the White House on May 1, 2011. A helicopter crash nearly jeopardized the mission. File Photo by Pete Souza/White House | License Photo

An Iranian woman passes an anti-U.S banner in 2009 as a symbol of Tabas desert, where the United States rescue operation Eagle Claw failed in Tehran. File Photo by Mohammad Kheirkhah/UPI | License Photo

Given America's poor record in winning wars over the past seven decades and other foreign policy blunders that do not distinguish between Democratic and Republican administration, I have argued that a major cause had to be a missing or flawed gene in the nation's strategic DNA.

There is however another factor. That factor is American strategic amnesia.

Strategic amnesia is not limited to one state or government. Adolph Hitler forgot Napoleon Bonaparte's misbegotten sortie into Russia. Alexander's Greece, Mongols, Brits, Russians and Americans, among others, likewise fell into Afghanistan's graveyard of empires. And as the United States and other countries are extricating citizens and Afghans who face Taliban wrath and reprisals, this amnesia applies to a crucial element of conflict.

In most militaries, young officers are taught that among the most difficult and dangerous maneuvers is withdrawing or retreating under fire. The question of how the last American forces will depart Kabul's Karzai International Airport is crucial should the Taliban change their minds and oppose any extrication, or a sea of Afghans make take-offs and landings virtually impossible by blocking the sole runway or aircraft movement on the ground. Complicating these problems is the ancient military law that if anything conceivably could go wrong, it will. And that applies more broadly as the fiasco of responding to Hurricane Katrina in 2005 tragically demonstrated.

Too many examples of this axiom do double duty in littering history and contributing to strategic amnesia. Perhaps the most egregious for Americans of a certain age was the failed hostage rescue attempt to Tehran in April 1980 called Eagle Claw. And even the raid that killed Osama bin Laden in May 2011 in Abbottabad, Pakistan, came within inches of failing

In November 1979, so-called Iranian students stormed and occupied the U.S. Embassy in Tehran for a second time, seizing 52 American hostages. That prior February, the embassy had been taken over and then returned. The Carter administration began planning for a mission to free the hostages that became known as Desert One.

Eight RHD-53 helicopters were to lift off the aircraft carrier USS Nimitz in the Persian Gulf and fly about 400 miles to a rendezvous site in Iran called Desert One. There the helos would be met by three EC-130s carrying 119 special forces with three more refuelers. After refueling and embarking the soldiers, the helos were to fly to Desert Two outside Tehran, spend the night and the next day launch the mission to free the hostages in the embassy and two held at the Foreign Ministry.

Advertisement
RELATED Airbnb says it will house at least 20,000 refugees from Afghanistan

The ground force with the hostages would then drive in buses to a nearby landing strip, where C-141 transports would fly everyone to safety. Given the complicated and questionable planning, the likelihood that something would go wrong was altogether too likely. A sandstorm that hindered the helicopters' initial ingress was the first of what would prove to be catastrophic events.

The specially fitted RHD-53s had never been flown by their marine pilots before having just been received aboard Nimitz. Ordered to fly at low levels to avoid radar detection in a sandstorm was nearly mission impossible. One helo malfunctioned and turned back. A second was forced to land. And a third arrived at Desert One with cracked rotor blades, making it unsafe to fly.

Down to five when a minimum of six helos were required, the mission was aborted. However, by bad luck, a busload of tourists was driving through Desert One and were captured. Then a truck presumably used by smugglers was detected and destroyed by a U.S. rocket illuminating the landing zone. Last and tragically, one of the helos collided with a C-130 on the ground, causing an explosion killing eight, ending a nightmare of what could go wrong.

But even the assault on the Bin Laden compound, deemed a great success, was almost lost. Attempting to land on the compound grounds, unexpected backdraft from the rotor blades caused the helo to crash. Fortunately, the pilot was both skilled and lucky, and major injuries were avoided. The mission succeeded -- just.

As the United States forgot the unhappy history of prior invasions of Afghanistan in planning for the withdrawal of its soldiers and Marines from Karzai airport, lessons from these past very complex and dangerous military operations must not be lost. If the Taliban cooperate, terrorists do not strike, and fleeing Afghans do not halt flights, all could work. But that entails a lot of buts.

Harlan Ullman is UPI's Arnaud de Borchgrave Distinguished Columnist, senior adviser at Washington, D.C.'s Atlantic Council, the prime author of "shock and awe" and author of the upcoming book "The Fifth Horseman and the New MAD: How Massive Attacks of Disruption Became the Looming Existential Danger to a Divided Nation and the World at Large."

Voices // 14 hours ago
China's global development projects pose risks for environment
Sept. 21 (UPI) -- China is shaping the future of economic development through its Belt and Road Initiative, a multibillion-dollar international push to better connect itself to the rest of the world through trade and infrastructure. 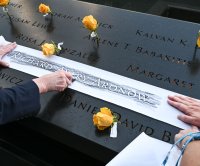 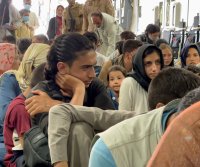