Patients receive the the Moderna vaccine against COVID-19 in New York City on Thursday.  Photo by John Angelillo/UPI | License Photo

Why was the United States able to conquer the polio virus beginning in the late 1940s, vaccinating over 90% of all American children, and in a month vaccinate virtually all New Yorkers against a return of smallpox in May 1947 when today we are hard-pressed to inoculate even half of all Americans against the deadly COVID-19?

The answer casts a very dark shadow on life in America today and possibly the future. And the answer also suggests why China and Russia can assert America is in decline.

The history: Growing up in New York City in the late 1940s and early 1950s, polio was the scourge and fear of virtually every parent. When the Salk vaccine was approved for use, parents would have literally killed for it to be administered to their children. No reports of anti-vaxers appeared in the press. If they did, they would have been rejected. As a result, polio was eradicated in America as the vaccination rates approached 100%.

In one month, Weinstein was able to procure sufficient doses to inoculate 6,350,000 New Yorkers or about 90% of the city's population, even though only two deaths were recorded. Why then were America and Americans able and willing to eliminate two deadly diseases some 75 years ago? And why is America seemingly incapable of repeating that history today?

America had just won World War II. From a standing start on Dec. 6, 1941, before the attack on Pearl Harbor when the battleship fleet was initially crippled by Japanese bombs and torpedoes, the United States united on the war effort and created the arsenal of democracy. By war's end, the once destroyed Navy grew from several hundred ships to 6,000, including nearly 100 aircraft carriers.

Trust in government and organizations flourished. Big business, clerics, the press and the Boy Scouts were respected. Republicans and Democrats were largely balanced around the political middle. Compromise and civility were not banished, even though in the 1948 presidential elections, Truman would defeat Dewey running against the Republican "do-nothing" Congress. And common sense had not yet been perverted by cultural wars and political correctness.

Today, is COVID-19 less feared, less fatal and less contagious than polio and smallpox were? By comparison, in 1952 during the polio pandemic, about 58,000 were infected, 3,145 died and 21,269 were paralyzed. In 1947, only a few contracted smallpox in New York. So far, COVID-19 has infected about 34 million Americans and claimed about 620,000 lives -- correcting for population growth, about six times as many deaths as polio. By every measure, COVID-19 has been far more deadly than polio and smallpox then.

Smallpox of course had a long and fatal pandemic history. But so did COVID-19 in the sense that the 1918-20 Spanish flu epidemic killed perhaps 50 million people worldwide. Yet that history was forgotten.

The tragic answer to the question of why the nation was able to deal with two viruses then and seemingly unable today rests in the unacceptable conclusion that virtually every issue in America has become dangerously politicized and polarized. Why have more Democrats than Republicans have been vaccinated? Some Republicans predicting that forcing vaccinations will lead to seizing guns and Bibles is irresponsible, irrational and bordering on insanity. And there are no signs that vaccine resistance will lessen.

It is axiomatic that the "good old days," if viewed objectively, were not always that good. But what can be done to ensure that the COVID-19 pandemic will finally be defeated? Planning for a Delta variant leading to a fourth wave is vital. Yet even if done, that will not resolve the irreparable political differences threatening the nation.

From the perspective of Beijing and Moscow, all this is ammunition to claim the United States is in decline. The irony is that Russia is failing to contain COVID-19. That will not make any difference. Only Americans can defeat this disease. But will we?

Voices // 20 hours ago
U.S. struggles to care for child migrants found alone at border
July 23 (UPI) -- A record number of child migrants have arrived alone at the United States' southern border this year. 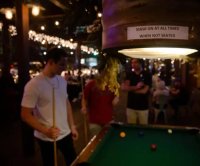 Voices // 1 day ago
COVID-19 unfettered among the unvaccinated
July 22 (UPI) -- At this time last year, we were at what was then a peak in COVID-19 cases, hospitalizations and deaths, facing a pandemic that could hit every person in Texas. 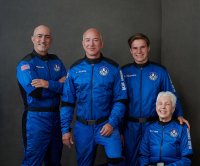 Voices // 3 days ago
New 'rocket men' may show the way for more privatization
If you want to go to space, call the Russians, Chinese or the Indians but not the U.S. government, as it is out of that business. Or instead, call one of the three rocket men who can actually deliver.

Voices // 3 days ago
Split-screen recovery from pandemic isn't sustainable
July 20 (UPI) -- In a country and a world connected by commerce and the air we breathe, it is hard to see how any COVID-19 recovery that is confined to specific segments of the population is sustainable.

Voices // 4 days ago
Iranian regime erupts in fury at Slovenian prime minister's speech
July 19 (UPI) -- An angry row has broken out between the European Union and the Iranian regime following an explosive statement by Janez Janša, the prime minister of Slovenia.

Voices // 1 week ago
Some younger evangelicals are leaving the faith
July 16 (UPI) -- The extent to which the number of White evangelicals have declined in the United States has been laid bare in a new report by the Public Religion Research Institute's 2020 Census on American Religion.

Voices // 1 week ago
Iran's new president must face a travel ban
July 14 (UPI) -- Ebrahim Raisi, president-elect of Iran following his sham election, is due to take up his office in August. He may make Scotland his first international destination as president. 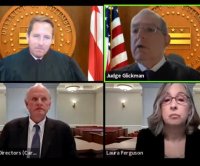 Voices // 1 week ago
Religious freedom advocates decry ruling in non-profit governance case
July 13 (UPI) -- Imagine this nightmare scenario: You are a volunteer director on the board of a non-profit religious entity. It is one of a number of legal entities through which the work of a new religious movement is pursued.

Voices // 1 week ago
Poverty looks different than in 1964, but U.S. hasn't changed measure
July 13 (UPI) -- In 1964, President Lyndon B. Johnson famously declared war on poverty: "The richest nation on Earth can afford to win it," he told Congress in his first State of the Union address. "We cannot afford to lose it."
Advertisement