COVID-19, cyberhacks and other disruptions: We need a plan

Romanians complete registry forms while lining up to get immunized against COVID-19 in Bucharest, Romania, on May 7. File Photo by Robert Ghement/EPA-EFE

BUCHAREST, Romania, July 7 (UPI) -- Interestingly, the last trip I made, in late February 2020, was to Bucharest, Romania, just before COVID-19 shut everything down. Now, some 16 months later, the first trip I made post-pandemic was to Bucharest. And here, as in much of America, there are few signs of COVID-19.

For the time being, cases and deaths are relatively few and declining.

Curiously, almost immediately after U.S. President Joe Biden's visit to Europe, the State Department elevated the COVID-19 threat level from two to three, the second-highest, in all but two European countries -- Finland and Belgium, that are Level Four, meaning don't go. Level Three is "reconsider travel." On the advice of my physician, I made inquiry as to the conditions in Bucharest with senior Romanian doctors.

The Romanian physicians were offended. Romania, in fact, had just eased restrictions that returned the country to a certain pre-pandemic normalcy, although serious concern was given to the fall and the spread of the Delta variant. And while in Romania, the minister of defense, who is a friend of long standing, told me that Britain's senior general, Sir Nick Carter, chief of defense, had just tested positive for COVID-19. I had missed this news.

What made the news more striking was that while Carter was asymptomatic, he was in proximity to the minister of defense and the four-star heads of the other services. These officers took to self-isolation as precautions. While each can work remotely, the implications given this disruption were not amusing. And, at about the same time, British Prime Minister Boris Johnson announced the intent to relax some of the restrictive regulations toward the end of July.

What happened in the United Kingdom led me to wonder about what other unforeseen and disruptive consequences from COVID-19 and other factors could arise. In my latest book, to be released in December -- The Fifth Horseman and the New MAD, in which MAD stands not for the Cold War Mutual Assured Destruction but for Massive Attacks of Disruption -- the basic argument is that as societies became more advanced, ironically, vulnerabilities and fragilities grew geometrically.

COVID-19, climate change that produced extraordinary weather conditions, cyberhacks such as those affecting Colonial pipelines, U.S. government networks in SolarWinds, the Jan. 6 Capitol Hill riots and the grounding of a massive ship blocking the Suez Canal were unmistakable symptoms of the new MAD.

Suppose one aim of a disruptive group was to incapacitate or neuter the leadership of an organization, whether government or a corporation, for either political or monetary gain, not by actual COVID-19 infections, but through cyber, social media, "deep fakes" and disinformation attacking credibility, trust, confidence and legitimacy of the targets. A similar tactic can apply to using ransomware that threatens to tarnish individuals, organizations or the efficacy of vaccines, medications, stocks and currencies unless blackmail is paid. The potential for damage is the stuff of Hollywood thrillers.

Similarly, what might be the political impact of the Delta variant should a new wave of infections occur? One possibility is the creation of pandemic peaks and valleys reflecting the nation's political divisions and polarization. Blue coastal states where vaccination rates are relatively high and tend to be more affluent, could be less affected. Red states where vaccination rates are low could become COVID-19 hot spots.

A further critical question is how the under 12 cohorts, not allowed to be vaccinated, would be affected. If the COVID-19 variant were to take hold among this group, presumably red and blue states would be affected. Depending upon the severity, would states be forced to shut down schools and reimpose social restrictions? And how would the public react believing the worst of the pandemic was over and the wearing of masks and social distancing became mandatory indoors and out?

Under any of these circumstances, how would the administration anticipate and respond to these outbreaks, as well as expecting intense allegations of mishandling and incompetence by congressional Republicans? And, as COVID-19 divided the nation politically over masks and vaccinations, would these divisions become even wider and nastier? The answer here is unlikely to be reassuring.

Given these scenarios, what planning or thinking is being done to anticipate different sets of contingencies, whether man-made disruptions imposed through these other means or responses to a further COVID-19 wave? The United States and most countries do not have good track records in this regard. That unhappy history must not be repeated.Harlan Ullman is senior adviser at Washington, D.C.'s Atlantic Council and the prime author of "shock and awe." His latest book, "The Fifth Horseman and the New MAD: How Massive Attacks of Disruption Became a Looming Existential Danger to a Divided Nation and the World at Large," due out this year, outlines what is needed to contain, prevent and mitigate the new MAD.

Voices // 1 day ago
Congress moves to reclaim its war powers
July 30 (UPI) -- A bipartisan and ideologically diverse group of senators has proposed a bill that, if passed, would dramatically shift the relative amount of power the president and Congress have over U.S. military operations.

Voices // 2 days ago
Simone Biles' withdrawal from Olympic events shows resilience, strength
July 29 (UPI) -- We all have a choice to safeguard our mental health and that sometimes means saying no. That is the decision American gymnast Simone Biles made when she withdrew from the vault at the Tokyo Olympic Games. 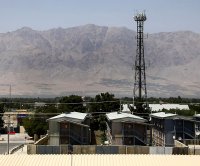 Voices // 4 days ago
No easy answers on COVID-19, Afghanistan, but history offers lessons
With the withdrawal from Afghanistan complete and the agreement to end "combat" missions in Iraq before the new year, the question of why America never seems to learn from its past is obvious. 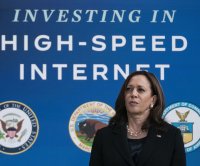 Voices // 4 days ago
Fight for control threatens to destabilize, fragment Internet
July 27 (UPI) -- The Internet is facing twin dangers. On one side, there's the threat of total consolidation. On the other side, there's fragmentation.

Voices // 5 days ago
Iran's water crisis stokes another round of protests
July 26 (UPI) -- Prior to the 1979 revolution, Iran's population of 34 million people relied on a stable water supply, sourced from millennia-old underground canals and aquifers. The Iranian revolution changed all that.

Voices // 1 week ago
U.S. struggles to care for child migrants found alone at border
July 23 (UPI) -- A record number of child migrants have arrived alone at the United States' southern border this year.

Voices // 1 week ago
COVID-19 unfettered among the unvaccinated
July 22 (UPI) -- At this time last year, we were at what was then a peak in COVID-19 cases, hospitalizations and deaths, facing a pandemic that could hit every person in Texas.

Voices // 1 week ago
New 'rocket men' may show the way for more privatization
If you want to go to space, call the Russians, Chinese or the Indians but not the U.S. government, as it is out of that business. Or instead, call one of the three rocket men who can actually deliver.

Voices // 1 week ago
Split-screen recovery from pandemic isn't sustainable
July 20 (UPI) -- In a country and a world connected by commerce and the air we breathe, it is hard to see how any COVID-19 recovery that is confined to specific segments of the population is sustainable.

Voices // 1 week ago
Iranian regime erupts in fury at Slovenian prime minister's speech
July 19 (UPI) -- An angry row has broken out between the European Union and the Iranian regime following an explosive statement by Janez Janša, the prime minister of Slovenia.
Advertisement