The Human Rights Commission of Pakistan reports an increase in honor killings in Pakistan - 923 women and 82 minor girls in 2014. File Photo by Matiullah Achakzai/UPI | License Photo

PESHAWAR, Pakistan (News Lens Pakistan) -- Human rights defenders are alarmed by a 15 percent jump in "honor killings" of girls and women in Pakistan last year, according to statistics from the Human Rights Commission of Pakistan.

Such killings have been practiced in Pakistan for decades, usually by the victims' families to protect family honor if a woman is assumed to have had premarital or extramarital sex, married of her own will or refused a marriage arranged by her family.

Tahira Abdullah, a member of the commission's governing body, told News Lens by email that the number of cases reported in Pakistan is just the "tip of the real iceberg," as the vast majority of honor killings are never reported or registered, especially in rural areas.

She blamed the persistence of honor killings mainly on feudalism, tribalism and the continuing presence of elder councils, especially rural Pakistan. The councils allow the families to settle honor killing cases among themselves so that there is no legal punishment and the victim's family is given monetary compensation instead.

Abdullah said girls' and women's lack of education and independence also contribute to the continuation of the practice.

A 14-year-old girl, a student, was murdered by her fiance in Khyber Pakhtunkhwa, according to Attaullah Khan, a village police officer. He told News Lens in an interview that the fiance has been charged, but he has not been located and arrested. The girl was allegedly killed for assumed premarital relations. Other suspects have been arrested.

The father of the girl denied the accusations against his daughter.

"My daughter has had no mobile phone [to communicate with a boy] nor would she have any premarital relations with anyone," he told News Lens.

Khan said that one of the main hurdles the police face in these cases is members of the victim's family.

"In most cases, they withdraw cases from the court and make agreements between each other -- the victim's family and family of the husband," Khan said.

That is what happened in Malakand division of Khyber Pakhtunkhwa.

A 35-year-old man killed his wife, the mother of three children. He spoke on the condition of anonymity for fear of arrest. He told News Lens by phone that he killed his wife for having relations with her cousin.

"I have seen my wife during post-martial illicit relations with this cousin in my own home," he said.

He said his wife had disgraced the honor of his family, and he could not bear such a dishonorable act.

The jirga, or elder council, has made an agreement between the families of the wife and the husband and resolved the dispute.

Maliha Zia Lari, a provincial high court lawyer with a degree in human rights from the University of London, wrote in a 2011 research paper that although Pakistan enacted a law in 2004 against honor killings, the problem is far worse than the fundamental players of the justice sector know.

The police, Lari wrote in her study, are often unwilling to enfoce the law "due to the overwhelming social acceptance of the act and the influence of power holders." She was also member of the committee formed to write the 2004 legislation.

Human rights organizations say the law must be strengthened.

The 1997 Retribution and Compensation Act allows a victim's legal heir to close a case at any point in the court, take monetary compensation for the honor killing and pardon the accused.

Abdullah said removing the possibility of compromise, waiver, and compensation between the victim's family and the perpetrator would make the law stronger. She said legally settling the case with a jirga gives the offender an out.

She said the state should be empowered to register such cases in court, not the victims' families. Organizations working for women's rights are working to make honor killing a crime against the state "but it has been all in vain," she wrote in an email. 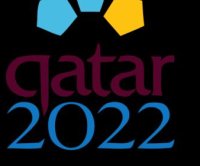 UPI Next // 6 years ago
Pakistani activists want kilns to pay working women, not their husbands
LAHORE, Pakistan, Jan. 26 (News Lens Pakistan) -- Pakistani activists urge the brick industry to change the system so women laborers are paid directly, instead of their wages going to the male heads of their families.