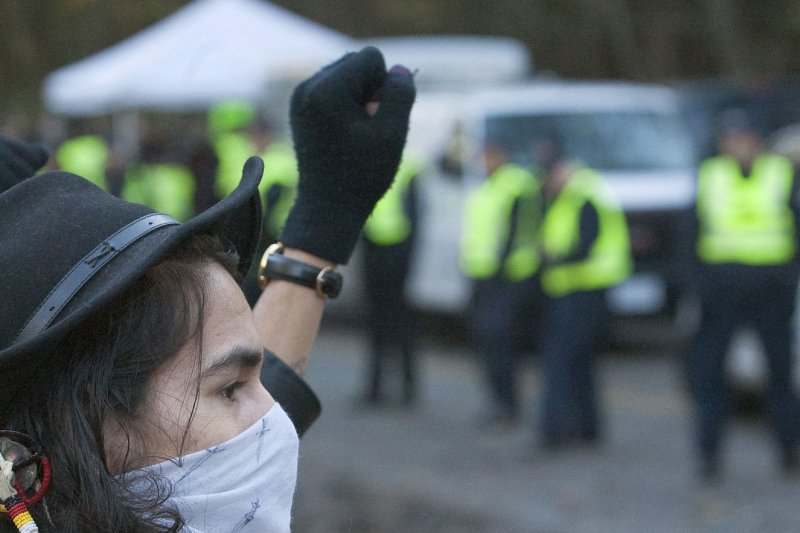 GENEVA, Switzerland, Sept. 23 (UPI) -- The U.S. government is called on to stop the construction of the Dakota Access oil pipeline because of threats to the aboriginal community, a U.N. envoy said.

Victoria Tauli-Corpuz, a United Nations special envoy for the rights of indigenous people, called for a halt to the pipeline's construction because it's seen as a threat to drinking water supplies and some of the sacred sites of the Standing Rock Sioux Tribe.

"The tribe was denied access to information and excluded from consultations at the planning stage of the project and environmental assessments failed to disclose the presence and proximity of the Standing Rock Sioux reservation," she said in a statement.

Members of the tribe and their supporters have camped out at the point where the proposed 1,168-mile pipeline would cross part of the Missouri River where the Sioux take water.

Federal government agencies intervened in mid-September after a district court ruled in favor of the pipeline construction, calling for a temporary halt to construction on parts of the pipeline until the Army Corps of Engineers can determine a full range of environmental and other federal policies.

In its federal suit against the Army Corps, the Sioux tribe complained that a fast-track permitting process was used that forfeited the public input process. The Army Corps, in its own filing, said it has no objections to a temporary order to halt some of the project's construction, saying it was interested in "preserving peace." Nevertheless, the corps said the merits of the challenge were unlikely to stand.

"I urge the U.S. government to undertake a thorough review of its compliance with international standards regarding the obligation to consult with indigenous peoples and obtain their free and informed consent," Tauli-Corpuz said.

The partnership behind the pipeline said it's needed to accommodate and distribute the amount of crude oil being produced from the Bakken shale oil basin in North Dakota. Rail takes away some of the oil from North Dakota, a transport method that has its own public safety risks. At least 40 people were killed in Lac-Megantic, Quebec, in the 2013 derailment of a train carrying tankers of crude oil from North Dakota to Canadian refineries.