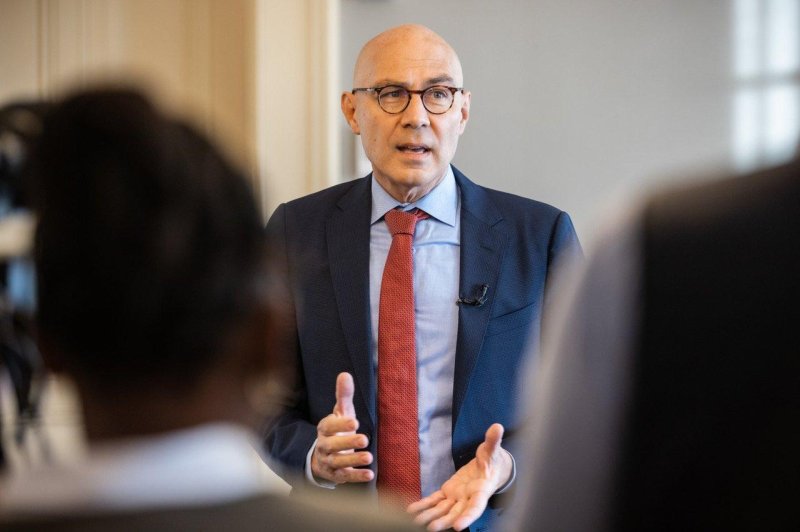 Nov. 23 (UPI) -- The United Nations Office of the High Commissioner for Human Rights says it has identified patterns of Russian Federation torture and abuse of POWs in Ukraine. It has also documented violations committed by Ukrainian state agents toward POWs.

OHCHR said it has documented gross violations of international human rights law committed by Russian forces or affiliated groups, including the execution of a POW during questioning in the Donetsk region.

Russian torture of prisoners has also been documented.

"For example, several Russian servicemen forced two wounded Ukrainian servicemen with broken legs to crawl about 500 meters to the closest Russian position, filmed them and posted the videos online," the OHCHR statement said.

OHCHR said it is also examining allegations that several wounded Ukrainian POWs from Mariupol died in a makeshift transit camp in Sartana due to a lack of medical assistance in April.

According to the OHCHR statement: "The most widespread forms of torture or ill-treatment were beatings by hand (usually wearing tactical gloves), batons or wooden hammers, and kicks to various parts of the body, but usually avoiding the head and other vital areas. Electric shocks were also used, both with tasers and the so-called 'TAPik' field military telephone TA-57."

A man held by Russians in a penal colony near Olenivka told OHCHR that members of Russian-affiliated groups, "attached wires to my genitalia and nose, and shocked me. They simply had fun and were not interested in my replies to their questions."

Among POWs held by Ukraine, OHCHR said it documented cases of torture or ill-treatment like "physical violence towards them, such as being punched in the face, and punched and kicked in the torso after surrendering and during their first interrogations by Ukrainian armed forces."

The OHCHR statement on Ukrainian abuse of Russian prisoners said: " In several cases POWs were stabbed or subjected to electric shocks with 'TAPik' by Ukrainian law enforcement officers or military personnel guarding them. One POW recalled: We were most afraid of the military phone. The feeling was awful. Your whole body froze and then you would fall to your side.

"In another case, a POW told OHCHR that the Ukrainian servicemen who captured him did not let him sleep, tied him to something, kicked him and beat him on the head with some hard object the whole night."

OHCHR said in a statement that its Human Rights Monitoring Mission in Ukraine has so far interviewed 159 POWs held by the Russians and 175 POWs held by Ukraine as well as witnesses and relatives of POWs.

Both Ukraine and Russia have signed the Third Geneva Convention that obligates nations to treat all POWs in their power humanely at all times.

OHCHR called on the Russian Federation to allow regular, full and unimpeded access to places where POWs are held, including confidential interviews with POWs.

World News // 5 hours ago
'White paper revolution' protests spread across China as anger mounts at government
Nov. 28 (UPI) -- Protests continued across China over the weekend in a show of defiance as anger over President Xi Jinping's draconian COVID-19 policies boiled over into calls for greater freedom.