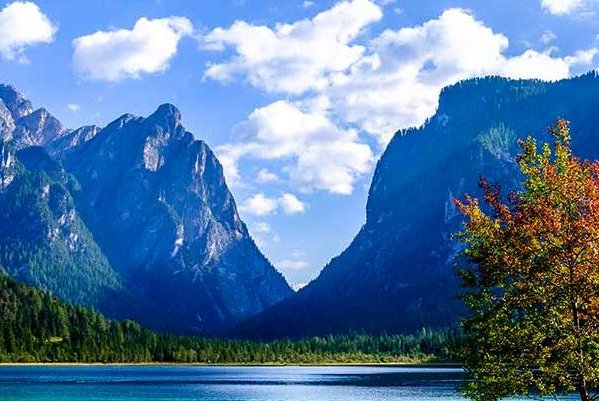 A British woman dies after falling 100 feet in the Dolomites, in northern Italy, after she and her husband ended up on the wrong trail, according to police. Photo courtesy of dolomites.org

July 27 (UPI) -- A British woman slipped and fell 100 feet to her death while hiking in the Dolomites, in northern Italy.

Louise Atkinson, 55, of Ripon, North Yorkshire, was hiking with her husband Sunday in Catinaccio when they ended up on a treacherous climbing route used for high-altitude fighting during World War I, according to police.

"The British couple had intended to take the easy hiking path, the normal route," an officer from the alpine rescue service of the Guardia di Finanza police told The Telegraph. "But instead they took the wrong trail and ended on a high-level via ferrata."

Via ferrata means iron way. The trail leads across cliffs that require cords, rungs and ladders to climb. Italian and Austro-Hungarian troops used the ropes to transport weapons and food to maintain strategically higher positions.

Police said climbers currently tackling the trail must use a harness and wear a helmet.

"That's why she was not clipped onto an iron cable," the officer said. "She had none of the right equipment -- no harness or karabiner or helmet, nothing. They realized their mistake and turned around, and at some point she fell," he said.

It was the second death on that route in more than a week. A 55-year-old Italian man died July 16.

Earlier this month, nearly a dozen hikers were killed in an avalanche in the Dolomites after a glacier collapsed during a heat wave.

The National Alpine and Cave Rescue Corps said the glacier broke loose on Marmolada, a mountain with an elevation of about 11,000 feet and the highest peak in the Italian Dolomite Alps.

World News // 10 hours ago
British PM Liz Truss vows to push ahead with tax-cut agenda
Oct. 5 (UPI) -- British Prime Minister Liz Truss vowed to continue tax cuts and deregulation despite political turmoil that erupted this week over economic reforms she says will put the country's sinking economy back on track.