Inflation jumps to record 8.6% in eurozone 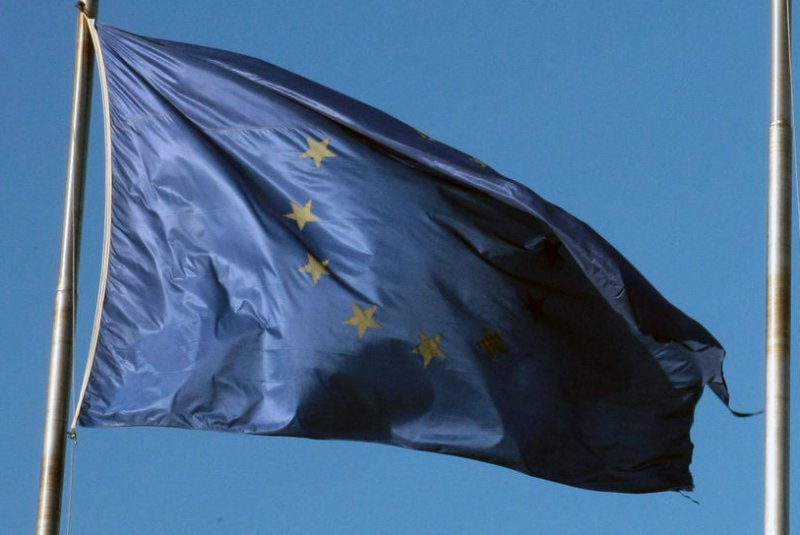 A European flag flaps in Athens Greece on June 20, 2012. The eurozone saw inflation increase to an annual rate of 8.6% in June, according to Eurostat. File Photo by Hugo Philpott/UPI | License Photo

July 1 (UPI) -- Inflation in the eurozone, which includes 19 countries that use the euro, reached an annual rate of 8.6% in June, an increase from 8.1% in May, according to the latest European economic statistics released Friday.

Eurostat, the economic statistical arm of the European Union, said energy costs continued to have the biggest effect on inflation, ballooning to 41.9% in June, compared with 39.1% in May. Other increases were found in food, alcohol and tobacco (8.9% compared with 7.5% in May) and industrial goods (4.3% compared with 4.2% in May).

The European Central Bank is poised to increase interest rates in late July when they meet. The bank could also boost rates again in September if it doesn't have an effect on inflation. The central banks have operated with negative rates since 2014.

Nine of the 19 countries in the eurozone have now reached double-digit annual inflation, Eurostat reported. The overall rate was the latest record high since the euro started circulating in 1999.

Another change for many of the countries will be sanctions on Russia and its ongoing war in Ukraine. Many depend on Russian fossil fuels to heat homes and power their economies.

Moscow has already reduced the flow of energy, especially natural gas, to many European countries because of their support of Ukraine, leaving the eurozone searching for alternatives.

World News // 4 hours ago
French wildfire grows to 19,000 acres despite international help
Aug. 13 (UPI) -- French firefighters battled a raging wildfire in Landiras on Saturday with improvement on the frontlines despite getting international support from crews around Europe.

World News // 7 hours ago
Taliban forces disperse women's rights protesters by firing into air
Aug. 13 (UPI) -- Taliban forces fired into the air Saturday to break up a demonstration staged by dozens of women protesting for rights, one year after the militant group retook power in Afghanistan.

World News // 11 hours ago
Moscow takes control of Donetsk region village; Ukraine shoots down drones
Aug. 13 (UPI) -- Moscow said on Saturday it has full control of a village on the outskirts of Ukraine's Donetsk region while Kyiv said it constrained Russian military resupply routes in the occupied Kherson region.

World News // 1 day ago
After record heat this summer, agency declares droughts in much of Britain
Aug. 12 (UPI) -- Following weeks of hot temperatures -- some of them record temps -- officials declared droughts in several areas of Britain on Friday, including the entire eastern portion of England.
Advertisement