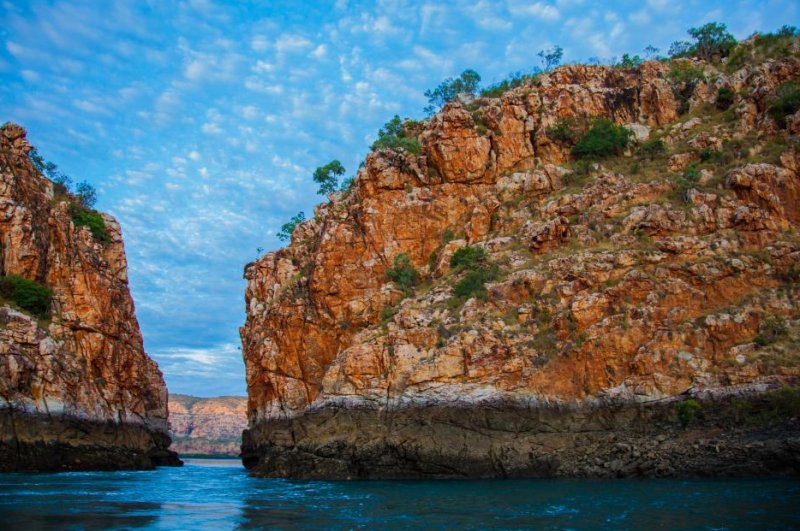 Horizontal Falls in Western Australia was the site of a tourist boat accident on Friday that injured 20 passengers. Photo by Reefpix/Wikimedia Commons

May 27 (UPI) -- Twenty tourists were injured, 12 seriously, in a tourist boat accident off Western Australia on Friday when passengers were thrown overboard.

Police and emergency services were on the scene in northeast Broome, where the boat reportedly capsized or ran ashore.

The response in one of the most rural areas of the country included four Royal Flying Doctor Services planes that carried doctors and nurses to the scene, according to 7NEWS Melbourne.

A major rescue operation has taken place in one of the most remote parts of Australia. Up to 25 people were injured in a boat accident at the Horizontal Falls tourist spot, north east of Broome. The most seriously hurt were airlifted to hospital. https://t.co/tVq9hjvIVU #7NEWS pic.twitter.com/nPc8sIG9B3— 7NEWS Melbourne (@7NewsMelbourne) May 27, 2022

The company said that the boat was operated by an experienced skipper, and did not capsize. It was carrying 26 passengers and two crew members.

"Our team has been working with The Royal Flying Doctor Service (RFDS) and emergency services who provided medical and medivac assistance," Horizontal Falls Seaplane Adventures said in a statement.

Brad Sorrell, commander of the Western Australia regional police, said that the incident occurred about 7a.m. local time in an area that's only accessible by air and sea.

"A number of people did find themselves in the water and were rescued," Sorrell said, adding that none of the injuries appeared to be life-threatening.

Broome Hospital told NBC News that it had received seven patients, and that all were in stable condition.