April 15 (UPI) -- Prince Harry and his wife Meghan Markle have made a surprise visit to Windsor Castle to see Queen Elizabeth II -- their first trip to Britain since they gave up their royal titles two years ago and moved to the United States.

Royal officials said the couple made the visit on Thursday on their way to the Netherlands for the Invictus Games, which begin Saturday.

Windsor Castle is the queen's official country residence in Berkshire in southern Britain.

Since departing for the United States in 2020, the royal couple hadn't returned for various reasons -- most notably Harry's concern for the security of his wife and children. The couple have two children, 2-year-old Archie and nine-month-old Lilibet. Harry sued earlier this year after a British government decision to cease paying for security during visits to Britain. 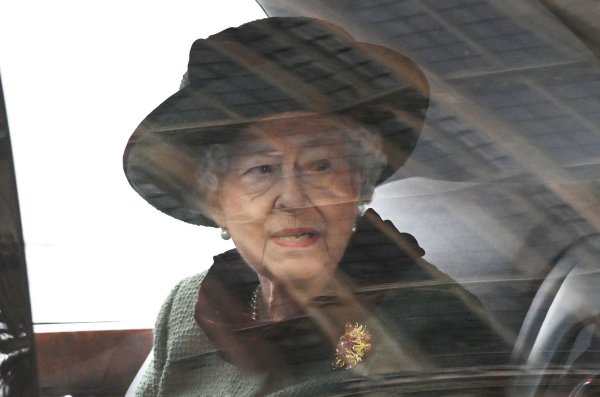 Queen Elizabeth II departs a celebration of the life of her husband Prince Philip, who died in April 2021, at Westminster Abbey in London, Britain, on March 29. The queen has been limited in her public duties since testing positive for COVID-19 earlier this year. Photo by Neil Hall/EPA-EFE
Advertisement

The couple's visit came ahead of the traditional Easter weekend, which the 95-year-old queen has had to refrain from due to her age and being diagnosed with COVID-19 earlier this year.

Harry spoke publicly in a televised interview last year with Oprah Winfrey about his mental health and emotional well-being as the couple left the royal family to live in the United States.

The couple's decision to withdraw from their royal life has caused serious divisions within the royal family.

"The Windsors are a fractured family, with hurt on all sides. A brief visit is a start, but not the resolution," royal commentator Peter Hunt said in a tweet.

"It's notable that Harry and William didn't attempt to meet up -- their relationship clearly remains profoundly damaged."

The visit is also the couple's first together to Britain since Prince Philip, Harry's grandfather, died a year ago. Harry attended the funeral last April, but Markle did not.

Buckingham Palace did not immediately comment on Harry and Meghan's visit Thursday.

World News // 9 hours ago
Bitter presidential election campaign in Czech Republic enters final round
Jan. 27 (UPI) -- Czech voters headed to the polls Friday in a run-off election for the presidency, the outcome of which is being seen as crucial to the future of the country's democracy.

World News // 11 hours ago
British chancellor unveils blueprint to turn around economy
LONDON, Jan. 27 (UPI) -- British Chancellor Jeremy Hunt laid out his vision Friday to restore stability to an economy reeling from hammer blows dealt by the pandemic, the financial crisis and the international energy crisis.

World News // 18 hours ago
ICC will reopen investigation into Philippines' deadly drug war
Jan. 27 (UPI) -- The International Criminal Court announced that it will resume its investigation into alleged crimes against humanity in the Philippines under former President Rodrigo Duterte's war on drugs.

World News // 1 day ago
11 killed as Russia launches new missile strikes in Ukraine
Jan. 26 (UPI) -- Russia launched 55 missiles against Ukraine on Thursday, 47 of which were shot down by air defense, according to the Ukrainian Ministry of Defense. A total of 11 people were killed by strikes, emergency services said.
Advertisement