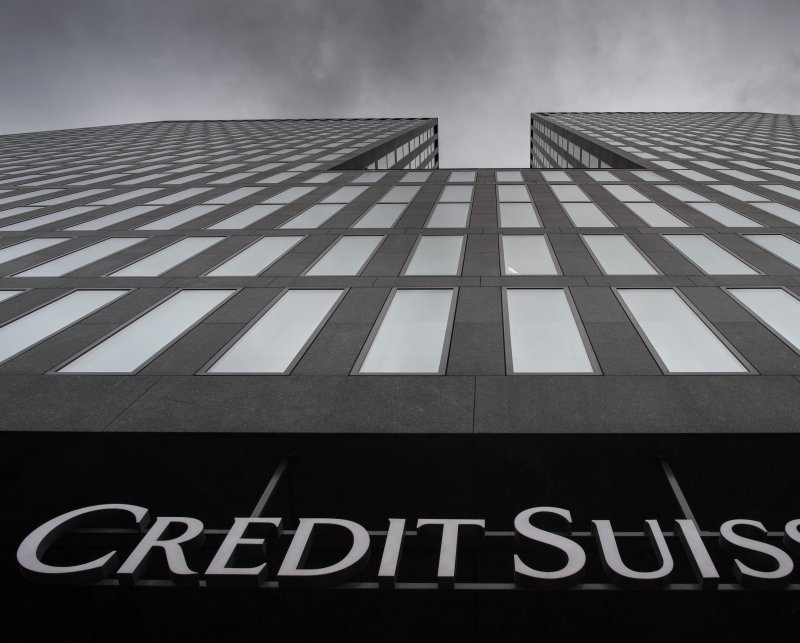 "We have robust data protection and data leakage prevention controls in place to protect our clients," the bank said in a statement after reports of the data leak. File Photo by Ennio Leanza/EPA

Feb. 21 (UPI) -- Credit Suisse, Switzerland's second-largest bank and a staple in international banking, has rejected accusations of poor business practices that came after reports of a major data leak that involved numerous accounts.

A nonprofit watchdog reported the data leak on Sunday and said it involved records of tens of thousands of accounts -- including some linked to accused criminals, dictators and human rights abusers.

The report by the Organized Crime and Corruption Reporting Project said a whistleblower leaked the information to German newspaper Suddeutsche Zeitung. The watchdog said the accounts, worth more than $100 billion, were opened between the 1940s and the 2010s.

"This is just a small subset of the bank's overall holdings, but we still found dozens of dubious characters in the data, including an Algerian general accused of torture, the children of a brutal Azerbaijani strongman, and even a Serbian drug lord known as Misha Banana," the OCCRP said in a statement.

"Despite two decades of pledges by Credit Suisse to crack down on illegitimate funds, data leaked from the bank reveals that it catered to dozens of criminals, dictators, intelligence officials, sanctioned parties and political actors with outsized wealth."

Credit Suisse rejected the criticism, saying that the OCCRP report was based on partial and inaccurate information.

"Credit Suisse strongly rejects the allegations and insinuations about the bank's purported business practices," the bank said in a statement later Sunday.

"The matters presented are predominantly historical, in some cases dating back as far as the 1940s, and the accounts of these matters are based on partial, inaccurate, or selective information.

"We have robust data protection and data leakage prevention controls in place to protect our clients."

Credit Suisse said that 90% of the accounts involved in the leak are either closed or were in the process of being closed. It said 60% of them had already been closed before 2015.

RELATED Federal Reserve may ramp up tapering of bond-buying, enacted due to COVID-19

World News // 6 hours ago
Streets, border closed in Burkina Faso after second military coup in 8 months
Oct. 1 (UPI) -- Americans at the U.S. embassy in Burkina Faso were told to shelter in place overnight because of gunfire over a military coup on Friday, the state department said in a statement.

World News // 6 hours ago
Natural gas pipeline between Bulgaria and Greece officially launches
Oct. 1 (UPI) -- The European Union on Saturday officially announced the launch of a new Interconnector between Greece and Bulgaria, which will help diversify the gas supply to the Balkan region of Europe.

World News // 10 hours ago
Russia withdraws troops from encircled city in eastern Ukraine
Oct. 1 (UPI) -- The Kremlin announced Saturday it had withdrawn troops from the key eastern Ukrainian transport hub of Lyman after Kyiv said its troops had encircled the city in a counter-offensive.

World News // 1 day ago
Thailand prime minister to stay in office until 2025
Sept. 30 (UPI) -- Thailand Prime Minister Prayuth Chan-ocha will be allowed to stay in office through 2025 after the country's Constitutional Court ruled on Friday that his eight-year term in officer started in 2017 and not when he took p

World News // 1 day ago
Putin signs annexation order for 4 Ukrainian regions
Sept. 30 (UPI) -- Ukrainian officials said on Friday that "dozens" of civilians were killed by a Russian strike while in a convoy of cars heading to pick up relatives in the city of Zaporizhzhia.