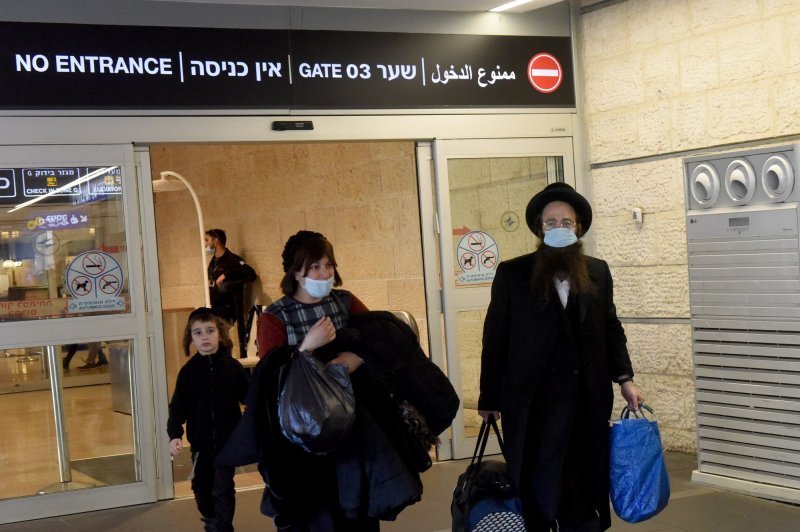 Feb. 13 (UPI) -- Israeli Foreign Minister Yair Lapid on Sunday urged Israelis to leave Ukraine on one of the dwindling number of flights set to depart from Kyiv this week amid fears of an impending Russian invasion.

After assessing the situation earlier in the day, Lapid implored any Israelis remaining in the country to depart immediately.

The warning came shortly after U.S. national security adviser Jake Sullivan advised that Russia's military buildup along the border could lead to an invasion "any day now."

"In the next 48 hours there are 10 flights," Lapid tweeted. "The flights that returned [Saturday] from Ukraine were full. [Thirty-two] flights are planned for the coming week. I call on the citizens of Israel to board these flights."

The Israeli foreign policy chief said he met Sunday with Amina Jafrova, Ukraine's deputy foreign minister, telling her of his "concern about the escalating crisis."

He briefed her on a decision made Saturday to issue a travel warning for the country and expressed "hope that the escalation would be halted following diplomatic contacts led by the United States."

Lapid ordered the foreign ministry to work on an "emergency footing" in anticipation of an invasion, establishing a dedicated management team for the crisis headed by Foreign Affairs Director-General Alon Ushpiz.

The Israeli embassy in Kyiv, led by Ambassador Michael Brodsky, "continues to operate with its full team of diplomatic staff remaining in the country," officials said.

"We don't know how things will evolve between Russia and Ukraine in the coming days," Prime Minister Naftali Bennett said at a government meeting Sunday, according to the Haaretz newspaper.

"Like everyone around the world, we hope that the tensions will cool down, but it is our duty to take care of our citizens," he said.

World News // 7 hours ago
Lavrov says Russia was forced to invade Ukraine
Sept. 24 (UPI) -- Russian Foreign Minister Sergey Lavrov told the United Nations Saturday that Russia had no choice but to invade Ukraine because of the "inability" of Western countries to negotiate.

World News // 16 hours ago
South Korea on alert after detecting signs of possible submarine missile launch
Sept. 24 (UPI) -- South Korean military and political officials said Saturday they are on alert for the possible firing of a submarine-launched ballistic missile by North Korea.