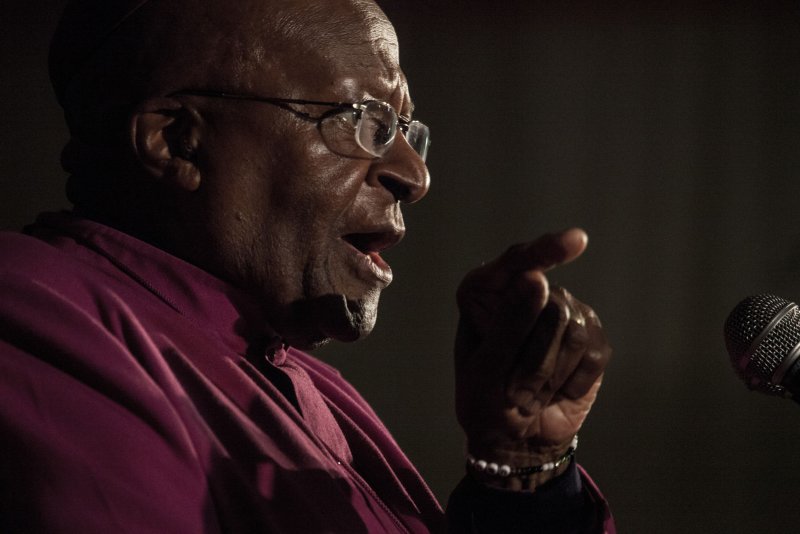 Tutu, who became one of the faces in the fight against South Africa's minority rule and apartheid, died Sunday in Cape Town. The Archbishop Tutu IP Trust and the Desmond & Leah Tutu Legacy Foundation made the announcement Wednesday.

His funeral will be held at the cathedral on Saturday.

"The Archbishop was very clear on his wishes for hisfuneral," the two organizations said, according to South Africa's News 24. "He wanted no ostentatiousness or lavish spending. He asked that the coffin be the cheapest available and that a bouquet of carnations from his family be the only flowers in the cathedral."

Tutu's remains will be cremated and his ashes interred at the cathedral. He served as the first Black archbishop of Cape Town from 1986 to 1996. As the leader of the Anglican Church in South Africa, he often celebrated Mass at the same cathedral.

Tutu once led the South African Council of Churches, emphasizing non-violent means of protest throughout anti-apartheid movements in the 1980s and encouraging other countries to introduce economic sanctions against the country unless apartheid was lifted.

World News // 42 minutes ago
U.S., Britain, EU form group to aid Ukraine on war crimes probes
May 25 (UPI) -- The United States with Britain and the EU announced the creation of the Atrocity Crimes Advisory Group, which aims to bolster Kyiv's efforts to investigate Russian war crimes and to prosecute those responsible.

World News // 4 hours ago
Hyundai recalls 239,00 vehicles over exploding seat belts
May 25 (UPI) -- Hyundai has recalled some 239,000 vehicles over reports that seat belts may explode "abnormally" during a crash.

World News // 6 hours ago
Former Pakistani PM leads march into Islamabad demanding new elections
May 25 (UPI) -- Former Pakistani Prime Minister Imran Khan followed through with his march to the capital of Islamabad Wednesday, leading to a crackdown on crowds by police and military.

World News // 13 hours ago
Partygate: Gray report slams British PM Boris Johnson, others for breaking COVID-19 rules
May 25 (UPI) -- A damning report was released Wednesday that said British Prime Minister Boris Johnson and other officials violated COVID-19 restrictions in 2020 and 2021 by having social gatherings in a scandal known as "partygate."