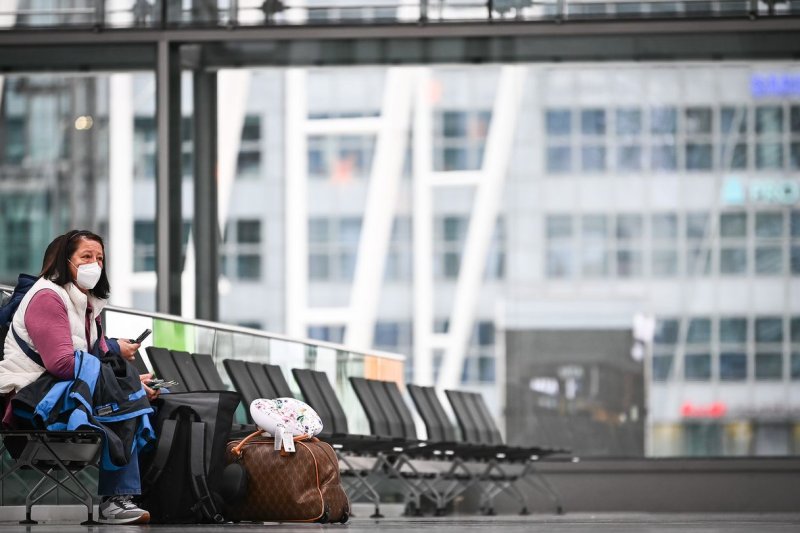 Dec. 2 (UPI) -- Germany announced on Thursday that it will enact a nationwide lockdown for people who remain unvaccinated against COVID-19.

This comes less than two weeks after the country declared a "national emergency."

Unvaccinated people will be prohibited from entering most public spaces, with the exception of essential services like grocery stores or pharmacies.

The country is also moving towards mandatory vaccinations, which could come as soon as February.

The new rules mean unvaccinated people are only allowed to meet two people from another household. Only those who are vaccinated or have recently recovered from the virus will be allowed into most businesses.

The country is also requiring bars and nightclubs in areas with an incidence rate above 350 cases per 100,000 people to shut down and limiting the number of people allowed to attend large outdoor gatherings like sporting events.

Outgoing German Chancellor Angela Merkel made the announcement along with her successor Olaf Scholz, as the country tries to gain control over the most severe wave of COVID-19 to hit it so far.

The fourth wave must be broken and this has not yet been achieved," Merkel told a news conference.

"Given the situation, I think it is appropriate to adopt compulsory vaccination."

A compulsory vaccination mandate would need to be approved by the country's parliament.

Germany's rate of fully-vaccinated people stands at 68.6% which falls below its 75% goal.

The country again topped 70,000 newly confirmed cases in a 24-hour period on Thursday.

Germany reported its first confirmed case of the Omicron COVID-19 variant on Saturday.

World News // 21 minutes ago
Antony Blinken stresses diplomacy in dealing with China over Taiwan
May 26 (UPI) -- Secretary of State Antony Blinken tried to definitively squash concerns over possible military involvement by the United States on behalf of Taiwan on Thursday.

World News // 49 minutes ago
Global hydrogen alliance launches in Seoul
SEOUL, May 26 (UPI) -- Delegates from 18 countries participated in a ceremony to launch a global alliance of hydrogen-related organizations in Seoul, physically or virtually.

World News // 8 hours ago
Cuban president says he won't attend Summit of the Americas
May 26 (UPI) -- Cuban President Miguel Diaz-Canel Bermudez announced in protest that he will not attend a major summit of world leaders from the Western hemisphere hosted by the United States next month.

World News // 13 hours ago
U.S., Britain, EU form group to aid Ukraine on war crimes probes
May 25 (UPI) -- The United States with Britain and the EU announced the creation of the Atrocity Crimes Advisory Group, which aims to bolster Kyiv's efforts to investigate Russian war crimes and to prosecute those responsible.
Advertisement