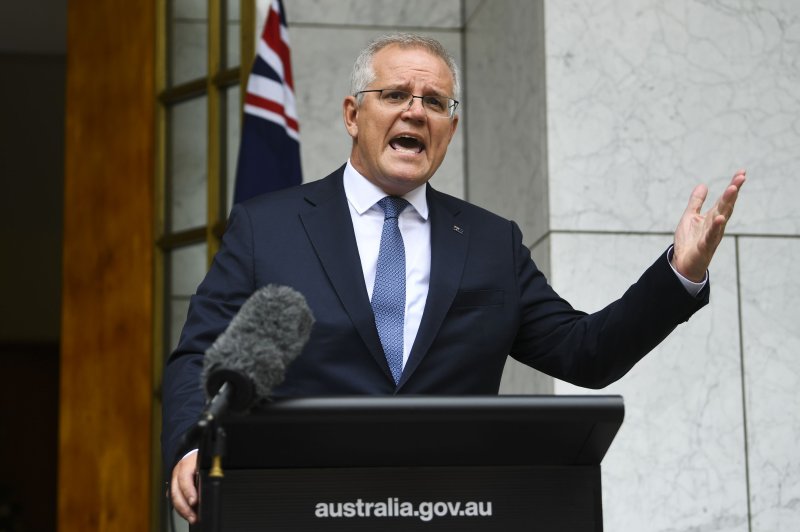 Australian Prime Minister Scott Morrison speaks to the media during a press conference at Parliament House in Canberra, Australia, on Monday. Photo by Lukas Coch/EPA-EFE

Nov. 25 (UPI) -- Australia on Thursday deployed a contingent of soldiers and police officers to the Solomon Islands to help maintain security amid a second day of violent anti-government rioting.

The first members of a group of Australian tactical response police and Defense Force personnel touched down in the Solomon Islands capital of Honiara just before midnight Friday local time, The Solomon Times newspaper reported.

Twenty-three members of the Australian Federal Police's Specialist Response Group were sent to the nation immediately, to be followed Friday by another 50 AFP officers deployed to support "critical infrastructure."

An additional 43 soldiers from Australia's Defense Forces will also be sent to the riot-torn islands, where protesters demanding the resignation of Prime Minister Manasseh Sogavare have fought with police in the capital.

Officers on Wednesday fired on large crowds of protesters with tear gas and rubber bullets as the capital was placed under lockdown conditions.

A planned protest escalated into a series of incidents leading to public disorder, including the destruction of a leaf hut just adjacent to the Parliament, a police station and a high school, Morrison told reporters in Canberra following a meeting of the National Security Committee.

"The situation remains volatile, with reasonably large crowds on the move," he said. "The Royal Solomon Islands Police Force has been stretched."

More reports were received Thursday of buildings burning on the main road in the center of Honiara, "including a large commercial building and a bank branch, and there are an increasing number of people on the streets," the Australian leader said.

Sogavare called for assistance from Australia under a 2017 bilateral security agreement.

Morrison emphasizing the move is not being made to "intervene in the internal affairs of the Solomon Islands... that is for them to resolve."

In an address to the nation on Thursday, Sogavare vowed not to be pushed out of office by the protesters.

"If I am removed as prime minister, it will be on the floor of Parliament," he said. "I have faith and respect in our democratic process, and I will defend it with my life. I say this with deepest conviction."

Analysts said the demonstrations center around the government's recent diplomatic recognition of mainland China, shifting recognition from Taiwan. The move has triggered disputes between the Solomon Islands' national government and the province of Malaita, which has refused to recognize China.

World News // 2 hours ago
Russian exit: McDonald's says franchisee will buy its locations
May 19 (UPI) -- Just days after announcing that it was getting out of Russia, fast-food giant McDonald's said on Thursday that it's found a buyer for hundreds of locations in the Eastern European country. 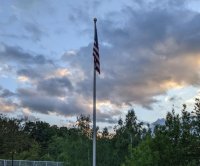 World News // 20 hours ago
U.S. Embassy in Kyiv reopens with flag-raising
May 18 (UPI) -- Secretary of State Antony Blinken announced Wednesday that the U.S. Embassy in Ukraine's capital, Kyiv, has reopened for the first time since Russia invaded Ukraine three months ago.