100 nations pledge to stop deforestation by 2030

U.S. President Joe Biden speaks during the Action on Forests and Land Use session at the United Nations Climate Change Conference in Glasgow, Scotland, on Tuesday. Photo by Robert Perry/EPA-EFE

Nov. 2 (UPI) -- Representatives from more than 100 countries -- where 85% of the world's forests are located -- signed an agreement Tuesday to end deforestation by the end of the decade.

The pact, announced at Tuesday's session of the United Nations Climate Change Conference in Scotland, includes nearly $20 billion in public and private funding for the plan.

China, Brazil and the United States led the list of signatories to the Declaration of Forest and Land Use, which is one of the largest efforts in history aimed at stemming global deforestation.

U.S. President Joe Biden said at a briefing in Glasgow that the world has passed the 2020 Bonn Challenge of restoring 50 million acres of forest, but emphasized that more can and must be done.

"If we all work together to make sure these precious resources are conserved in Africa and around the world, forests have the potential to reduce carbon [emissions] globally by more than one-third," Biden said.

A plan Biden unveiled at the conference, or COP26, on Tuesday aims to bring together a full range of U.S. tools to halt forest loss and improve land management.

"Through this plan, the United States will help the world deliver on our shared goal of halting natural forest loss and restoring at least an additional 200 million hectares of forests and other ecosystems by the year 2030," Biden added.

RELATED Oxford chooses 'vax' as 2021 word of the year

Other world leaders hailed the agreement as an important step toward fighting climate change.

"We have to stop the devastating loss of our forests," British Prime Minister Boris Johnson said in a statement.

"[We must] end the role of humanity as nature's conqueror, and instead become nature's custodian."

RELATED Prince Charles: World should be on 'warlike' footing to fight climate change

"Protecting our forests and their biodiversity is fundamental to the fight against climate change," Blanc said in a statement.

"Together we can reduce risk to the planet and the financial markets and capitalize on the opportunities that come from more sustainable investment."

Earlier Tuesday, the White House unveiled a sweeping plan to cut methane emissions, a chief contributor to global warming, and vowed that the United States will hit its goal of net-zero emissions by 2050. One the first day of the conference, Biden called on leaders to take "bold" and direct actions to curb carbon emissions.

During a final briefing at the conference before departing Scotland and returning to the United States, Biden said it was a "big mistake" for Chinese President Xi Jinping and Russian President Vladimir Putin not to attend the summit.

"The rest of the world is going to look to China and say, 'what value added are they providing?' And they've lost an ability to influence people around the world and all the people here at COP the same way I would argue with regard to Russia," Biden said.

"The fact that China is trying to assert, understandably, a new role in the world as a world leader, not showing up? Come on," he said. "The single most important thing that's gotten the attention of the world is climate. Everywhere from Iceland to Australia. It just is a gigantic issue, and they walked away. How do you do that and claim to be able to have any leadership now? Same with Putin."

Climate change, Biden said, is "not just a moral imperative" but an economic one as well as he touted his Build Back Better framework while Democrats continue to negotiate in efforts to reach a deal to secure a vote.

"It's going to cut greenhouse gas emissions by well over a gigaton by 2030. It's going to save consumers money on their energy bills and with tax credits or things like installing solar panels and weatherization in their homes," he said. "It's also going to provide manufacturing credits to make sure the United States is competing in energy markets of the future, like solar panels and wind turbines. It's also going to accelerate electric vehicles and electric school buses and build a nationwide network of 5,000 charging stations to power them." 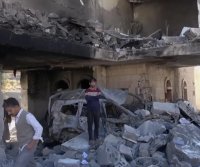 World News // 1 hour ago
Airstrikes in Yemen leave dozens dead, nationwide power outage
Jan. 21 (UPI) -- More than 70 people were killed and hundreds of others injured during Saudi-led airstrikes in northern Yemen, according to officials on Friday.

World News // 1 hour ago
Hezbollah faces rising dissent, efforts to end Iran's 'occupation' of Lebanon
BEIRUT, Lebanon, Jan. 21 (UPI) -- Lebanon's financial collapse, which has pushed many into poverty, has also seen growing anger against Hezbollah, with more voices openly blaming it for the ongoing crisis and for its allegiance to Iran.

World News // 8 hours ago
Only commitment in U.S., Russia meeting about Ukraine is to keep talking
Jan. 21 (UPI) -- Secretary of State Antony Blinken and Russian Foreign Minister Sergey Lavrov ended a 90-minute meeting in Geneva Friday without an agreement on concerns over Ukraine but committed to continue talking.

World News // 13 hours ago
U.N. adopts resolution to fight Holocaust denial
Jan. 21 (UPI) -- The United Nations General Assembly has adopted a resolution proposed by both Israel and Germany to combat the denial of the Holocaust.

World News // 20 hours ago
Dozens dead after stampede at Liberian church
Jan. 20 (UPI) -- More than 25 people were killed in Liberia after a stampede during a Christian ceremony in the capital, authorities said. 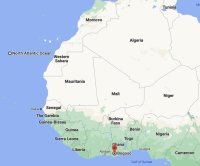