A severe thunderstorm in Australia smashed its way into the record books in a town not far from the country's northeastern coast.

The storm in question tracked over Yalboroo, Queensland, on Monday, where hailstones larger than softballs were reported.

On Tuesday, Australia's Bureau of Meteorology confirmed that one of the hailstones was measured at 6.3 inches wide, making it the largest hailstone ever confirmed in all of Australia.

The previous record-holder did not last long before it melted away and became history. Before this week's storms, the largest hail ever confirmed fell in Queensland in 2020 and measured 5.5 inches wide.

Damaging hail was reported elsewhere across the region, including in the coastal town of Mackay.

Mackay resident John Caporn photographed himself holding one of the larger chunks of ice, claiming it was the biggest hail he'd ever seen

The record-setting hailstone was not just big by Australian standards.

On April 28, 2021, a significant thunderstorm tracked over Hondo, Texas, and pelted the area with monster hail. A local resident collected the largest hailstone that they could find and preserved it for a team of investigators to analyze with 3D scans a few days after the severe storm.

This hailstone was determined to be 6.4 inches in diameter, setting a new record as the largest hailstone ever confirmed in Texas and only slightly larger than the one that fell in Australia earlier this week.

The largest hailstone in United States history fell in Vivian, South Dakota, on July 23, 2010, and measured 8.0 inches in diameter. Weighing 1.94 pounds, it was also the heaviest hailstone to have fallen in the Western Hemisphere, according to the World Meteorological Organization.

Hailstorms of this size can not only cause extensive damage to property such as smashing car windows and punching holes in roofs, but they can also turn deadly. A storm occurring near Moradabad, India, on April 30, 1888, is said to have killed as many as 246 people with hailstones as large as "goose eggs and oranges" and cricket balls, according to the WMO.

Eastern Australia is no stranger to severe hailstorms. The region can regularly experience large amounts of instability in the atmosphere during the spring and summer months, a critical ingredient for severe thunderstorm development, according to AccuWeather senior meteorologist Jason Nicholls.

Eastern New South Wales and Queensland will continue to experience daily rounds of showers and thunderstorms through the end of the week, but these storms should not rise to the same level as the ones from Monday. However, a cold front moving through the region could lead to locally severe thunderstorms on Saturday. 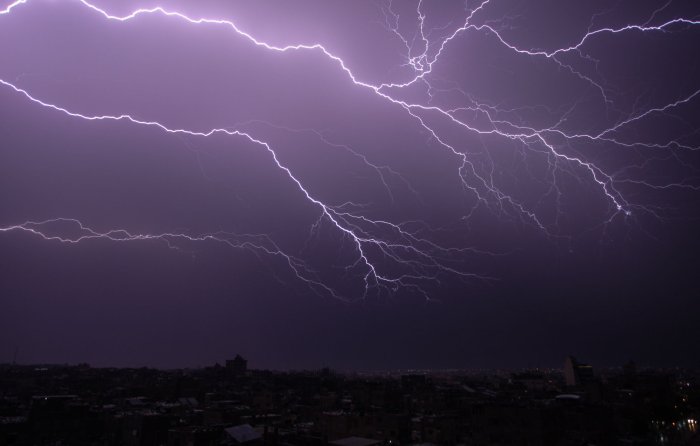 World News // 20 hours ago
Euro banknotes to get first full redesigns within a couple years
Dec. 6 (UPI) -- The euro banknotes will be fully redesigned for the first time in their existence, the European Central Bank announced on Monday.

World News // 21 hours ago
ITF says it won't 'punish' people in China over concerns for tennis player Peng Shuai
Dec. 6 (UPI) -- Just days after the Women's Tennis Association said it would not stage any tournaments in China over concern about the well-being of Peng Shuai, the International Tennis Federation has declined to do the same.
Advertisement