North Korean leader Kim Jong Un made remarks at a weapons exhibition in Pyongyang and blamed the United States for continued tensions on the Korean Peninsula, state-run media reported Tuesday. Photo by KCNA/EPA-EFE

SEOUL, Oct. 12 (UPI) -- North Korean leader Kim Jong Un attended the opening of a weapons exhibition in Pyongyang where nuclear-capable missiles were on display and gave an address criticizing the United States for the continued instability on the Korean Peninsula, state media reported Tuesday.

Photos carried in the Rodong Sinmun newspaper showed Kim delivering a speech at the "Self Defense 2021" expo and viewing weapons including the Hwasong-16, North Korea's largest intercontinental ballistic missile.

The Hwasong-16, a nuclear-capable missile analysts believe is capable of carrying several warheads and reaching the entire continental United States, was unveiled at a military parade in October of last year.

Kim said in his speech that North Korea was continuing to build up its military capacity as a deterrent against an increasingly weaponized South Korea and a hostile United States.

"The military threats before our state are different from 10, five or even three years ago," Kim said, according to state-run Korean Central News Agency. "While they speak about peace, cooperation and prosperity, we can see the different military exercises that the United States and South Korea frequently engage in."

Kim made the remarks on Monday at the exhibition, which was held to commemorate the 76th anniversary of the founding of the ruling Workers' Party of Korea.

Under the administration of President Joe Biden, Washington has repeatedly said that officials are ready to meet with their North Korean counterparts without preconditions, but Kim rejected the overtures in his speech.

"Recently, the United States has frequently signaled that it is not hostile to our country, but there is no behavioral basis to believe that," Kim said. "The United States is still raising tensions in the region by its actions and misjudgments."

"What is clear is that the political instability in the region cannot be easily resolved due to its origin in the United States," he added.

Kim also criticized South Korea's "over-the-top" modernization of its own military, citing the country's purchase of F-35 stealth fighter jets from the United States, as well as its development of new weapons.

South Korea's presidential Blue House responded to Kim's comments, with a senior official saying in a message to reporters that Seoul would not "predict North Korea's intentions or position" but would continue to "monitor North Korea's attitude and analyze it closely and comprehensively."

North Korea conducted a flurry of weapons tests of its own in September, with four launches of new hardware, including a new long-range cruise missile, a train-launched ballistic missile and a hypersonic missile. The tests drew condemnation from Seoul and Washington and prompted the United Nations Security Council to convene an emergency meeting earlier this month.

Although Kim slammed Seoul's "hypocritical attitude" toward Pyongyang's weapons development, he struck a more conciliatory tone toward the South.

"If South Korea does not threaten us and our sovereignty, we will never provoke tensions on the Korean Peninsula," he said. "We are not strengthening our defense capabilities against South Korea. We are not talking about war with anyone, but preventing war itself, literally increasing the deterrence of war for the protection of sovereignty."

North Korea has clearly softened its stance toward South Korea in recent weeks, a move that analysts have said may be an effort to drive a wedge between Seoul and Washington in order to extract concessions such as sanctions relief.

Last week, North Korea restarted communications and military hotlines with the South after cutting them off in June of last year.

Pyongyang has also appeared receptive to South Korean President Moon Jae-in's proposal to declare an official end to the Korean War. The 1950-53 conflict ended with an armistice and not a peace treaty, leaving the two Koreas technically still at war.

In a speech at the United Nations General Assembly in September, Moon said an end-of-war declaration would bring "irreversible progress in denuclearization and usher in an era of complete peace."

Kim Yo Jong, the influential sister of Kim Jong Un, responded to the proposal by calling it "an interesting and an admirable idea."

World News // 21 hours ago
Beijing reports first Omicron case ahead of Winter Olympics
Jan. 15 (UPI) -- Officials in Beijing said Saturday that the Chinese capital has recorded its first case of the Omicron variant of COVID-19 ahead of the Lunar New Year and the opening of the Winter Olympics. 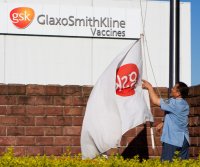