Catalysis researcher Benjamin List is director at the Max Planck Institute for Coal Research in Mulheim an der Ruhr, Germany. The Nobel Prize in Chemistry 2021 was awarded jointly to Benjamin List and David W.C. MacMillan "for the development of asymmetric organocatalysis." Photo by David Ausserhofer/Max Planck Society/UPI | License Photo

Oct. 6 (UPI) -- The Royal Swedish Academy of Sciences on Wednesday awarded the 2021 Nobel Prize in Chemistry to a pair of scientists for their "ingenious" work in molecules, the group announced.

The prize was given to David W.C. MacMillan of Princeton University and Benjamin List of the Max Planck Institute in Germany for their "ingenious tool for building molecules."

The Scotland-born MacMillan, the James S. McDonnell Distinguished University Professor of Chemistry at Princeton, and List were honored for developing the precise new tool for molecular construction called organocatalysis.

The development of organocatalysis has had a significant impact on pharmaceutical research and has made chemistry greener, the academy said Wednesday.

"Many research areas and industries are dependent on chemists' ability to construct molecules that can form elastic and durable materials, store energy in batteries or inhibit the progression of diseases," the Royal Swedish Academy of Sciences said in a statement.

"This concept for catalysis is as simple as it is ingenious, and the fact is that many people have wondered why we didn't think of it earlier," Johan Aqvist, chair of the Nobel Committee for Chemistry, said in a statement.

The academy said MacMillan and List are top leaders in their field and have shown that organic catalysts can be used to drive multitudes of chemical reactions.

MacMillan is the second Princeton professor to win a Nobel Prize this year. On Tuesday, Syukuro Manabe, a senior meteorologist at Princeton, shared the Nobel Prize in Physics with two others.

The Swedish Academy will award the Nobel Prize in Literature on Thursday and the Norwegian Nobel Committee will announce the Nobel Peace Prize on Friday. The Nobel Foundation will also award a prize for economic sciences on Monday.

World News // 46 minutes ago
Some foreign carriers cancel flights to U.S. over concerns about 5G rollout
Jan. 19 (UPI) -- Several carriers announced cancellations or modifications for flights to the U.S. on Wednesday due to concerns that the rollout of new 5G cellular services near some airports will interfere with aviation technologies. 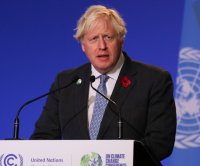 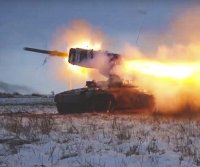