The Americans, who were all in good condition, exited through an unnamed third country where U.S. embassy officials greeted them, an unnamed State Department source told CNN, NBC News and CBS News.

"The Taliban was aware and did not impede their transit," the source said.

Their departure marked the first time that any of the dozens of Americans believed to be remaining in Afghanistan have made it out of the country since the last U.S. troops departed a week ago.

The State Department said Blinken will "discuss our efforts on Afghanistan and other matters important to a strong bilateral relationship" during the visit.

The United States and its partners relocated more than 124,000 people to safety, including 6,000 U.S. citizens, in what the State Department called "an unprecedented, global effort through our diplomatic channels to evacuate U.S. citizens, personnel from partner nations, and at-risk Afghans from Kabul."

The Biden administration, however, is under political pressure to facilitate the exits of those remaining in the country.

About 100 Americans are still in Afghanistan, White House chief of staff Ron Klain said Sunday, adding he was "hopeful" that Qatar will be able to resume air service into and out of Kabul in the coming days and that Americans might be able to board those flights.

RELATED In Afghanistan, opium is as big a winner as Islamic extremism 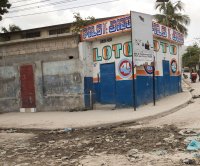 World News // 18 hours ago
Haitian gang leader threatens to kill missionaries held hostage unless ransom is paid
Oct. 21 (UPI) -- The leader of a Haitian gang has threatened to kill hostages if the ransom it has demanded for 17 U.S. and Canadian missionaries isn't met. 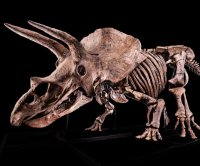