U.N. warns Afghan food stocks could be empty by October 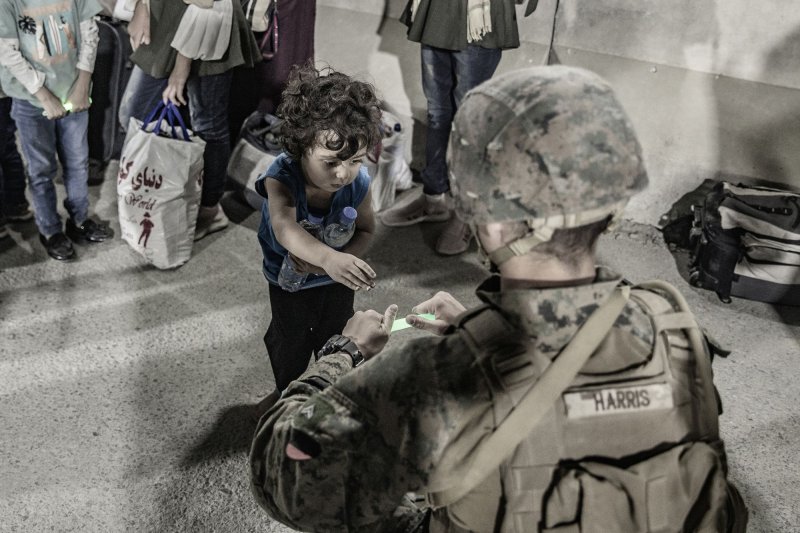 The United Nations is warning member states that if they do not offer funding Afghanistan may descend into a humanitarian catastrophe. Photo by Staff Sgt. Victor Mancilla/USMC/UPI | License Photo

Sept. 2 (UPI) -- Amid mounting concern over the fate of the millions of Afghans who remain in Afghanistan, a senior United Nations official on Wednesday warned that its food stocks in the Middle Eastern country could run out this month.

Ramiz Alakbarov, deputy special representative and humanitarian coordinator in Afghanistan, told reporters remotely from Kabul on Wednesday that they require at least $200 million only for food to ensure they will be able to provide essential food items to the most vulnerable.

The food stocks of the World Food Program, he said, may be depleted before October, preventing them from getting supplies to those in need in a country where more than half of children five years of age and younger already suffer from extreme malnutrition and more than one-third of people do not get enough to eat as it is.

That night, he said, more than half of all children don't know if they will have a meal.

"This is the reality of the situation we are facing on the ground," he said. "It is extremely important that we prevent Afghanistan from descending farther into a humanitarian catastrophe."

The fear of catastrophe looming over the Middle Eastern country follows the cessation of the United States' military withdrawal from the country after it was seized by the Taliban in mid-August.

The United States evacuated more than 123,000 people, many of whom are Afghans, but more than 38 million remain and face a humanitarian crisis.

RELATED Putin on U.S. war in Afghanistan: 'The outcome is zero, if not downright negative'

A day earlier, U.N. Secretary-General Antonio Guterres warned the deepening humanitarian and economic crisis in the country threatens the collapse of basic services.

Two major unidentified member states have made "positive indications" that they will provide funds for foodstuff but it will be short of what is required, he said.

"We definitely cannot count on one or two donors," he said. "We need a really broad participation of the international community in these resource mobilization efforts."

Prior to the current situation, 18 million in the country depended on emergency aid and a funding request made earlier this year for $1.3 billion has only produced $400 million for the cause.

"We remain determined to deliver the essential services to the people of Afghanistan," he said. "We remain here in solidarity with those who need our assistance. Unfortunately, levels of funding provided to the United Nations to respond to those needs have not been commensurate."