A medical worker administers the COVID-19 vaccine at the Japan Self-Defense Forces' large-scale COVID-19 vaccination centers in Osaka, Japan, in June. On Thursday, more than 1.6 million doses of the Moderna vaccine were removed for the country's vaccine drive over contamination concerns. File Photo by Keizo Mori/UPI | License Photo

Aug. 26 (UPI) -- Japan on Thursday halted the administration of some 1.6 million doses of Moderna's COVID-19 vaccine after foreign materials were discovered in the vials, officials said.

Takeda Pharmaceutical Co. Ltd., which distributes the vaccine in Japan, announced in a statement that it was shelving three separate batches of the Moderna vaccine totaling some 1.63 million doses after it received "multiple reports" from inoculation sites of foreign substances found in unused vials.

The pharmaceutical giant said it has asked Moderna to conduct an investigation into these foreign substances, which is currently underway.

"In consideration of the safety of those who are planning to inoculate, we have decided to suspend the use of the following lots from Aug. 26 after consulting with the Ministry of Health, Labor and Welfare," the company said.

RELATED Most COVID-19 patients not back to previous health 1 month later, study finds

Moderna confirmed in a statement that it had been notified of the cases.

"The company is investigating the reports and remains committed to working expeditiously with its partner, Takeda, and regulators to address this," it said.

The Ministry of Health, Labor and Welfare said it believes the foreign material may be metal.

"It's a substance that reacts to magnets," said a ministry official, Nikkei Asia reported.

Prime Minister Yoshihide Suga told reporters he directed the ministry to investigate the situation while stating the removal of the vaccines "won't have a significant impact on the country's vaccination campaign."

The announcement was made as Japan combats spiking coronavirus cases.

On Wednesday, Suga announced an additional eight prefectures for a total of 21 would be placed under a state of emergency due to the pandemic.

"Nationwide cases are topping 25,000 a day and remain at an extremely high level due to the spread of the highly contagious delta variant," said Yasutoshi Nishimura, who is leading Japan's response to the pandemic. "Severely ill patients are increasing rapidly and the healthcare system is under significant strain."

According to Oxford University's Our World In Data project, nearly 43% of the country is fully vaccinated with another nearly 12% being at least partially vaccinated.

World News // 1 hour ago
Stowaway survives 11-hour plane ride from Africa to Amsterdam
Jan. 24 (UPI) -- A stowaway from South Africa spent 11 hours in the nose wheel of a cargo plane that landed in Amsterdam.

World News // 4 hours ago
Man who stabbed woman dead in London is run over by car and killed
Jan. 24 (UPI) -- A man believed to have killed a woman by stabbing her to death on a road in west London also died after he was run over by a car on Monday, police said. 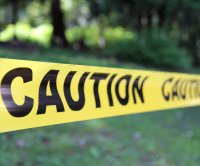