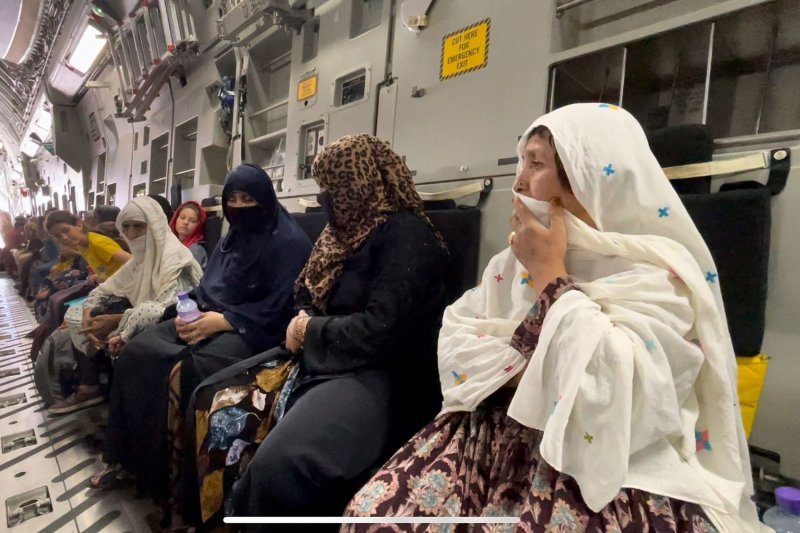 Aug. 26 (UPI) -- President Joe Biden on Thursday pledged retaliation against a militant group after a pair of explosions near Hamid Karzai International Airport in Kabul, Afghanistan, killed 13 U.S. service members and dozens others.

He gave remarks in the East Room of the White House hours after the attack at the Abbey Gate and a hotel near the airport where the United States and other countries worked to evacuate foreign nationals and Afghan civilians vulnerable to Taliban rule.

The United States, Britain and Australia had warned citizens to stay away from the airport due to "credible threats" warning of an impending terrorist attack by militants of the Islamic State-Khorasan Province, a self-proclaimed offshoot of the IS, which has denied affiliation with the Afghan-based militant group.

The Islamic State on Thursday claimed responsibility for the attack.

Biden on Thursday said he has ordered commanders to develop operational plans to strike the IS-K's assets leadership and facilities.

"We will respond with force and precision at our time at the place we choose in the moment of our choosing," he said.

Biden added the United States has "some reason to believe" they know the leaders behind the attack and that the United States will find means to "get them wherever they are" without a large military operation."

"To those who carried out this attack as well as anyone who wishes America harm, know this: We will not forgive, we will not forget, we will hunt you down and make you pay," he said.

CENTCOM spokesman Capt. Bill Urban announced later Thursday that a 13th service member died from his injuries in the attack on Abbey Gate. He said 18 service members were injured.

RELATED Biden to stick with Aug. 31 deadline for Afghanistan evacuations

Biden ordered flags to be flown at half-staff through sunset Monday.

Afghan officials told Khaama Press that 13 civilians were killed and 70 were injured by the bomb at the airport's Abbey gate.

The New York Times cited Afghan health officials who said between 30 and 40 people died and 120 were injured.

A senior health official in Kabul told BBC News the death toll was at least 60, with 140 injured.

"We can confirm that the explosion at the Abbey Gate was the result of a complex attack that resulted in a number of U.S. & civilian casualties," Kirby tweeted. "We can also confirm at least one other explosion at or near the Baron Hotel, a short distance from Abbey Gate. We will continue to update."

McKenzie said the U.S. military was continuing to evacuate people from the airport after the explosions.

"We just brought a number of buses aboard the airfield over the last couple or three hours," he told CNN.

"We'll continue to process and flow people out. The plan is designed to operate under stress and under attack."

Biden on Thursday said he has instructed the military that he would grant any additional forces needed to respond to the attack and protect Americans seeking to evacuate but said that military officials remained committed to carrying out the mission as planned.

"We must complete this mission and we will. And that's what I've ordered them to do," Biden said. "We will not be deterred by terrorists, we will not let them stop our mission, we will continue the evacuations."

In response to the fact that Thursday's attack marked the first time U.S. service members have been killed in violence in Afghanistan since February 2020, Biden noted that former President Donald Trump had reached a deal with the Taliban to withdraw U.S. troops in exchange for the militant group agreeing not to target U.S. forces.

He added that the current U.S. relationship with the Taliban as they seek to complete the evacuation is based on "mutual self-interest."

Biden reiterated his stance that the United States had completed its goal of entering Afghanistan to kill Osama bin Laden and prevent al-Qaida from re-emerging, adding that had he chosen not to maintain Trump's committment to withdraw U.S. troops he would have been forced to send more troops to Afghanistan.

"I have never been of the view that we should be sacrificing American lives to try to establish a democratic government in Afghanistan, a country that has never once in its entire history been a united country and is made up ... of different tribes who have never, ever, ever gotten along with each other," he said.

The White House said Thursday that about 13,400 people were evacuated on Wednesday, some on U.S. military flights and others on coalition aircraft.

Since Aug. 14, the U.S. military has evacuated and helped evacuate more than 95,000 people, the White House said.

World News // 1 hour ago
'Rogue wave' hits Viking cruise ship; kills 1, injures 4
Dec. 2 (UPI) -- A "rogue wave" is being blamed for an accident on the Viking Polaris cruise ship on its Antarctic cruise going to Ushuaia, Argentina, killing one person and injuring four others.

World News // 7 hours ago
Japan passes $214B supplemental budget to battle inflation
Dec. 2 (UPI) -- The Japanese Parliament on Friday approved a $214 billion "extra budget" for the current fiscal year in an effort to corral inflation and improve its economy.
Advertisement