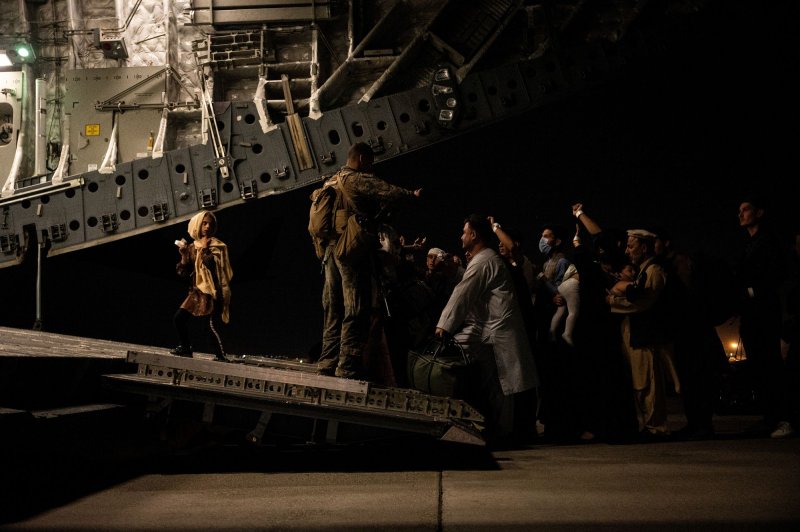 President Joe Biden said in remarks Friday that 169 Americans were evacuated. The Pentagon's chief spokesman, John Kirby, told reporters Friday that Biden was referring to people who were very close to the perimeter of the airport.

Another country informed U.S. commanders that the Americans had gathered at the Baron Hotel near the airport, and three Chinook helicopters brought them to safety Thursday, Kirby confirmed to CNN and The New York Times on Friday.

On Saturday, the U.S. Embassy in Kabul warned Americans to stay away from the Kabul airport due to "potential security threats outside the gates," showing an increasingly desperate effort to escape the Taliban.

U.S. officials said that the Islamic State, which rivals the Taliban, was the most serious current threat to Americans and Taliban's sense of control.

Chaos has erupted near the international airport in Kabul since the Taliban seized control of the capital nearly a week ago.

The Baron Hotel is a designated meeting point for evacuees from Afghanistan and the Americans originally intended to walk around 200 yards to the Abbey Gate entrance to the airfield, but a large crowd gathered at the gate and some Americans felt unsafe, according to both outlets.

Earlier in the day U.S. flights out of Kabul to evacuate Afghans fleeing the Taliban were on pause for several hours after Qatar said it was at capacity, but the commander in Kabul had given the order for outbound flights to resume, Biden said in his remarks.

Biden also said in his remarks, "any American who wants to come home, we will get you home."

The deadline for total U.S. troop withdrawal from the 20-year war is the end of the month.

Evacuations efforts are increasing, Taylor added, noting that on Friday 16 C-17 aircraft and one C-130 aircraft departed Kabul within a 24-hour period, with a total of 6,000 passengers, including a couple hundred American citizens.

On Friday, groups of armed Afghans against the Taliban also made some progress by retaking three northern districts seized by the Taliban, Puli Hisar, Dih Salah and Bano, The Washington Post reported.

World News // 16 hours ago
Spain returns paintings stolen during WWII to Poland
Jan. 28 (UPI) -- The Spanish government has returned two paintings to Poland which were stolen during World War II, as the Metropolitan Museum of Art in New York City returned dozens of artifacts looted from Italy.

World News // 17 hours ago
Assad regime behind 2018 chlorine attack in Syria, OPCW report finds
Jan. 27 (UPI) -- The Organization for the Prohibition of Chemical Weapons Incident Identification Team has determined that the Assad regime used Chlorine as a chemical weapon on April 7, 2018, in the Damascus suburb of Douma.

World News // 19 hours ago
Myanmar junta slaps strict election regulations on political parties
Jan. 28 (UPI) -- The military junta that has ruled Myanmar since a 2021 coup has released a 20-page document detailing an extensive list of regulations for political parties who wish to run in future elections.