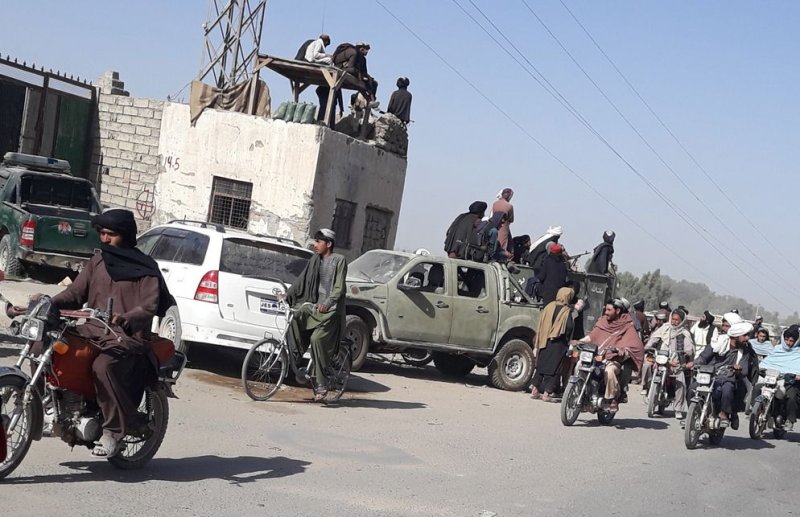 Aug. 14 (UPI) -- The key northern Afghan city of Mazar-i-Sharif fell into the hands of the Taliban on Saturday as the militants continued their advance across the country toward the capital of Kabul, according to multiple reports.

Mazar-i-Sharif, Afghanistan's commercial hub and capital of the province of Balkh, fell to the insurgents after Afghan National Army units abruptly withdrew, The New York Times and CNN reported.

Mazar-i-Sharif was the last remaining government stronghold in northern Afghanistan and its fall is potentially disastrous for the government. The north has traditionally been the center of the strongest opposition to the Taliban -- local warlords there united to form the so-called Northern Alliance in the 1990s.

Taliban spokesman Zabihullah Mujahid announced in a tweet that Mazar-i-Sharif had been "completely conquered."

Afghan President Ashraf Ghani flew to the besieged city Wednesday where he exhorted government forces and the warlords to stand firm against the Taliban.

President Joe Biden announced Saturday he has authorized the deployment of 5,000 U.S. troops to Afghanistan to help with the withdrawal of American personnel from the country.

That represented a significant increase from a 3,000-person deployment of Marines and soldiers announced by the Pentagon Thursday.

The president announced he had ordered Secretary of State Antony Blinken to support Ghani and other Afghan leaders while issuing an assurance that the United States "will maintain the capability and the vigilance to address future terrorist threats from Afghanistan."

Biden also defended the decision to withdraw from "the longest war in U.S. history."

"One more year, or five more years, of U.S. military presence would not have made a difference if the Afghan military cannot or will not hold its own country," he said. "And an endless American presence in the middle of another country's civil conflict was not acceptable to me."

The fall of Mazar-i-Sharif came only hours after Ghani said in an address to the nation he is seeking to avoid "further instability" as the Taliban expanded their control to around 20 of Afghanistan's 34 provinces.

Among their recent conquests are the major cities of Kandahar, Lashkar Gah, and Herat -- taken as U.S. forces neared the end of their withdrawal from a 20-year war.

Ghani offered condolences to the families of fallen soldiers and civilians, and praised the Afghan National Defense and Security Force for their efforts and bravery in his address.

He also said that currently the priority is coordination with the ANDSF, and "we are taking serious steps," as the country faces "serious threats of instability."

"I am aware of your concerns about your present and future, I would like to assure you that as your president all my focus is to avoid further instability, aggression and displacement," Ghani said. "As a historic responsibility, I will endeavor not to allow the current war to further kill innocent people and to lose their 20-year gains and destroy public property.

"For these reasons I have initiated consultations with elders and political figures and different ethnic leaders and international partners," he continued. "Consultations are under way and the outcome will be shared with you all very soon ... I always wanted success and progress of Afghanistan and will continue my endeavors."