Aug. 3 (UPI) -- Japanese activists held a rally outside the U.S. Embassy in Tokyo to protest the upcoming U.S.-South Korea joint exercises, according to a South Korean press report.

Activists affiliated with a Japanese chapter of the Committee for the Joint Implementation of the June 15 Summit Declaration, an inter-Korean accord signed in 2000, and other groups, held a 30-minute demonstration about 650 feet from the U.S. compound, Yonhap reported Tuesday.

More than 30 protesters initially began the rally from a distance. After 15 minutes, the group attempted to march toward the embassy, holding a banner that read, "The United States should cease joint exercises and open a path for dialogue with North Korea," the report said.

When the demonstrators reached an area about 330 feet from the compound, police blocked their path. They also told the group to disperse.

The activists, including representatives of Japanese left-wing organization Japan-Korea People's Solidarity Network, chanted slogans, including "Suspend the U.S.-Korea joint exercises," and "Oppose the U.S.-Japan-Korea military alliance," according to Yonhap.

The group also claimed the United States was conducting a "hostile policy" toward Pyongyang and urged Washington to sign a peace treaty with North Korea.

Rallies in Japan targeting joint exercises the United States conducts in the region are relatively rare. The last rally condemning military drills took place in 2017 outside the embassy, the report said.

South Korean military authorities said Tuesday that Seoul and Washington have agreed to go ahead with Crisis Management Staff Training, which begins on Aug. 10 and ends Aug. 13. A joint Combined Command Post Training is to take place from Aug. 16 to 26, according to South Korean news service Newsis.

"I view this as an undesirable prelude which seriously undermines the will of the top leaders of the North and the South wishing to see a step taken toward restoring mutual trust," Kim said.

The sister of Kim Jong Un said in March that the United States should "refrain from causing a stink" in reference to the exercises.

World News // 4 hours ago
Kim Yo Jong, sister of Kim Jong Un, says North Korea open to dialogue with South
SEOUL, Sept. 24 (UPI) -- Kim Yo Jong, sister of leader Kim Jong Un, is calling the prospect of an end-of-war declaration on the peninsula "an admirable idea," and signaled that Pyongyang is open to dialogue if Seoul drops its "hostile" policies.

World News // 14 hours ago
Report: Britain paid compensation for nearly 300 Afghan civilian deaths
Sept. 23 (UPI) -- The British government paid $944,348 in compensation for the deaths of 86 children and 203 adult civilians at the hands of British forces in Afghanistan, according to a report released Thursday. 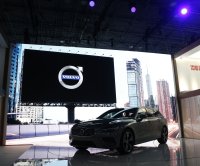