Remote learning out of reach for 1/3 of world's school children, UNICEF says 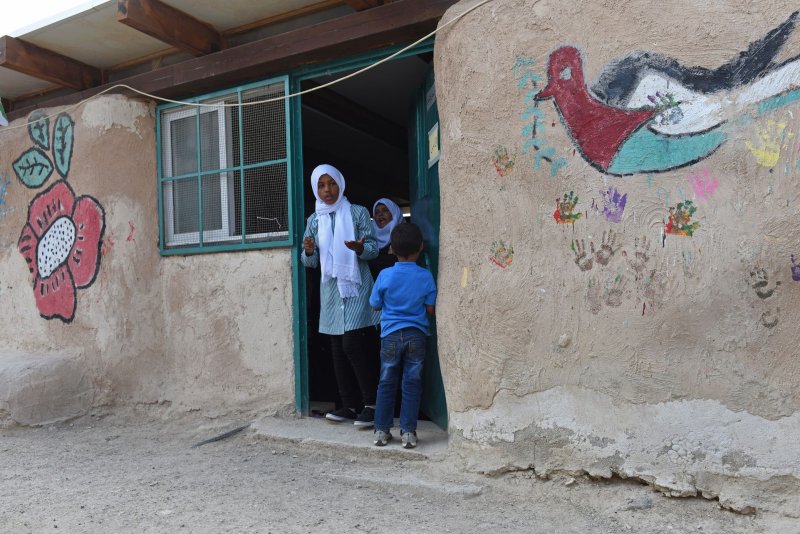 Along with education, schoolchildren are missing "safety, friends and food" in school environments, which have been replaced by "anxiety, violence and teenage pregnancy," UNICEF said. File Photo by Debbie Hill/UPI | License Photo

July 27 (UPI) -- Remote learning is out of reach for at least a third of the world's schoolchildren partly because many classrooms are closing, the United Nations Children's Fund said Tuesday.

The lack of access has left millions of children without education amid COVID-19 school closures, UNICEF spokesman James Elder told reporters at a press briefing in Geneva, Switzerland.

Elder pointed out that UNICEF estimates show that more than 80 million children have no remote learning access across East Asia and the Pacific alone.

Less than half of 1% of children have home Internet connectivity in Uganda and South Sudan, with schools there closed for 306 days and 231 days, respectively, he added.

Along with education, children are missing "safety, friends and food" in school environments, which have been replaced by "anxiety, violence and teenage pregnancy," Elder said.

"Take Uganda: between March last year and this June, there was a more than 30% increase in pregnancy among 10-24-year-olds (who were seeking antenatal care) ... Child helplines have seen triple digit rises."

Elder emphasized that this problem has been around for a while.

"Even with schools in the northern hemisphere closed for the summer, more than 600 children in countries not on academic break are still affected by school closures," he said. "In Asia and the Pacific: in nearly half the countries, schools have been closed for more than 200 days during the pandemic."

Elder cited U.N. estimates that 40% of school-age children in eastern and southern Africa are currently out of school, with recent COVID-19 surges worsening the situation. In South Africa, he said, up to 500,000 have dropped out.

"And if that doesn't resonate with those in power, then consider a World Bank report that estimates a loss of $10 trillion dollars in earnings over time for this generation of students," Elder continued.

World News // 3 hours ago
Women inside Israel's spy agency take over key role of watching Iran
Aug. 18 (UPI) -- For the first time, two women have been appointed to take over executive-level positions inside Israel's foreign intelligence agency, and both will be mainly charged with keeping an eye on Iran and its nuclear program.

World News // 5 hours ago
At least 21 dead after suicide attack at Afghan mosque, including prominent cleric
Aug. 18 (UPI) -- Authorities said Thursday that a suicide bombing that targeted a mosque in Afghanistan's capital has killed almost two dozen people, including a prominent Muslim cleric, and the death toll may yet rise again.

World News // 8 hours ago
U.S. and Taiwan to start formal trade talks on the heels of Pelosi visit
Aug. 18 (UPI) -- The United States and Taiwan announced plans to begin formal trade talks, weeks after a visit by U.S. House Speaker Nancy Pelosi to Taipei sparked a furious response from China.