July 18 (UPI) -- While the tropical Atlantic is expected to remain quiet for the foreseeable future, it's a different story in the East Pacific, as AccuWeather forecasters say multiple hurricanes could soon be spinning in the basin.

The East Pacific was devoid of activity for nearly two weeks after Enrique dissipated in the Gulf of California on June 30. This changed Wednesday morning when Tropical Depression 6-E formed well to the south of Mexico and quickly intensified to Tropical Storm Felicia. Less than 24 hours after that, Felicia became a hurricane. So far this season, Enrique and Felicia have been the only two hurricanes in the East Pacific. However, there are some differences between the two.

While both Enrique and Felicia became hurricanes within 24 hours of being designated as tropical systems, Enrique turned northward toward Mexico and brought heavy rain and strong winds. Felicia is expected to bring no direct impacts to Mexico, but there will still be some effects in the basin.

Felicia has already become much stronger than Enrique, which peaked at Category 1 strength on the Saffir-Simpson Hurricane Wind Scale.

By Friday afternoon, the hurricane reached Category 4 status as its sustained winds strengthened to 130 mph.

As of 11 a.m. Hawaii Standard Time, on Sunday, Felicia was just over 1,330 miles west-southwest of the southern tip of Baja California, Mexico, with sustained winds of 120 mph moving gradually to the west-northwest at a speed of 12 mph.

Felicia is expected to level off in intensity and begin to lose wind intensity early this week.

"Felicia will begin to run into drier air and some slightly cooler waters," Miller explained.

However, the intensity loss process is expected to be slow because the storm will be moving to the west and not turning to the north. This will keep Felicia over marginally warm waters.

"If the track is even farther to the south, it may maintain its intensity for longer," stated AccuWeather Senior Meteorologist Alex Sosnowski.

The ocean temperature is much lower farther to the north, which would cause the hurricane to rapidly lose wind intensity and fall apart, much like what happened to Enrique.

Besides Felicia, AccuWeather meteorologists are also monitoring Tropical Storm Guillermo, which formed on Saturday in the East Pacific. As of 3 p.m. MDT on Sunday, Guillermo was 385 miles south-southwest of Baja California, Mexico, moving to the west-northwest at about 14 mph with sustained winds of 60 mph.

Guillermo is expected to travel through warm ocean waters and light wind shear through early this week, which can be conducive to strengthening. This will not last for long, however.

"As Guillermo takes a more due westerly track and even perhaps dips a bit to the south during the middle to later part of the week, some cooler waters and drier air in its path will cause the storm to begin to lose wind intensity," said Witt. Guillermo is anticipated to stay over the open waters of the Pacific through this week.

Guillermo should follow a similar path to Felicia and not bring any direct impacts to Mexico.

AccuWeather meteorologists are predicting 14-18 named storms in the Eastern Pacific this season with six to 10 expected to become hurricanes.

Why has the Atlantic become so quiet?

In the wake of Elsa, no additional tropical storms or hurricanes have developed in the Atlantic Ocean. There are several reasons for this.

"Due to the presence of dry air and wind shear, tropical waves moving off the coast of Africa are not expected to develop for at least the next week," Miller stated.

Elsa was born from one of those waves. Since then, however, conditions have not been conducive for development, and that is expected to be the case for at least several more days.

There is sometimes a period of low activity even after a fast start. Even in the record-setting 2020 season in which 30 named storms developed in the Atlantic, there were no storms between July 12 and July 21. That has again been this case this season.

Those who live in hurricane-prone areas should not let their guard down, though, as the peak of the season typically occurs in mid-August and lasts until late September.

AccuWeather meteorologists are forecasting 16-20 named systems for the Atlantic basin for the 2021 season with seven to 10 hurricanes and up to five direct impacts on the United States. So far, Claudette, Danny and Elsa have all impacted the U.S.

World News // 54 minutes ago
Heaviest rainfall in more than a decade floods major city in India
Sept. 22 (UPI) -- Streets and homes were inundated with floodwaters and transportation ground to a halt on Monday when the Indian city of Kolkata received more than 50% of its normal rainfall for the entire month. 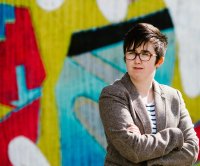 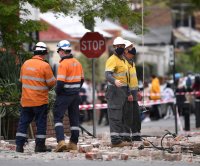