"This is a very irresponsible act that seeks to disrupt relations between China and ASEAN countries and destroy regional peace and stability."

According to the State Department, Blinken had said the United States is committed to ASEAN centrality and Southeast Asia's key role in the Indo-Pacific regional architecture, Al Jazeera reported Wednesday.

China's foreign ministry said the United States is in no position to claim it defends international law, citing the United Nations Convention on the Law of the Sea.

Washington signed a related agreement in 1994 and recognizes the Convention as general international law but did not ratify the pact after opposition from Republicans in the U.S. Senate.

China's ASEAN neighbors who dispute Chinese claims in the South China Sea are reporting illegal activity including waste dumping in the waters.

The Philippines' defense ministry on Tuesday ordered an investigation into allegations of Chinese sewage dumping in disputed areas of the South China Sea, CNN Philippines reported.

World News // 49 minutes ago
Fearful of returning home, Belarus Olympic sprinter leaves Tokyo for Austria
Aug. 4 (UPI) -- Belarusian sprinter Krystsina Tsimanouskaya left Tokyo on Wednesday for Poland, by way of Austria, after days of trying to secure asylum out of fear that she'd be in danger if she returns to her home country.

World News // 1 hour ago
Pope Francis calls for 'concrete' aid to Lebanon in return to weekly address
Aug. 4 (UPI) -- Pope Francis on Wednesday resumed his normal schedule of weekly audiences at the Vatican after intestinal surgery a month ago. 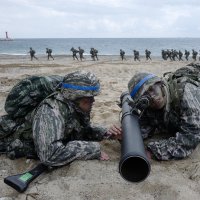 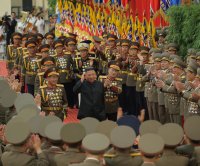