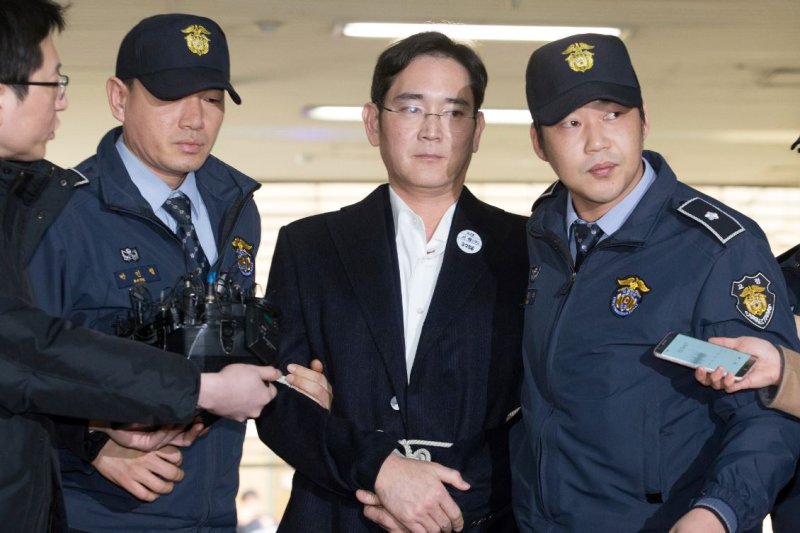 Lee Jae-yong (C), vice chairman of Samsung Electronics Co., arrives to the office of the Independent Counsel for questioning in Seoul, South Korea, in February 2017. File Photo by JUNG UI-CHEL/EPA

The Seoul Central District Court said Tuesday that the de facto chief of Samsung Group, who is currently imprisoned for bribery, will face an official trial over the charges instead of merely paying a fine.

But the Seoul Central District Court said the 53-year-old billionaire should stand an official trial -- a move that may potentially elongate the scion's prison term.

Lee was accused of having routinely taken illegal propofol shots at a plastic surgery clinic in Seoul in 2017 and 2018. Then, in January 2020, the Anti-Corruption and Civil Rights Commission received a complaint about the issue.

Lee's legal representatives claimed that he used propofol solely for medical purposes. It is illegal to prescribe or consume the drug for non-medical purposes in Korea.

South Korea classified propofol as a type of psychotropic medication in 2011 because many people have become addicted to the short-acting, sedative-hypnotic agent.

Observers have pointed out that the Seoul court's decision may negatively affect the possibility of Lee's pardon.

Lee is serving a 30-month prison term for bribing former South Korean President Park Geun-hye, who is also behind bars for corruption charges, to help him with a smooth succession.

He is scheduled to be released in mid-2022, barring any changes to his sentence.

Business organizations have proactively lobbied for his pardon, and President Moon Jae-in also recently displayed sympathy toward the scion.

"I expect that even in the worst-case scenario for Lee, the court would deliver a suspended jail term. But nobody knows what will happen at the court," Prof. Son Tae-gyu of Dankook University told UPI News Korea.

"On a more negative note for Lee, President Moon may not as easily grant Lee a pardon since he will be standing a formal trial now," he added. 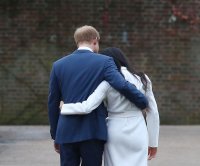 World News // 3 hours ago
Sardinia fires damage homes, business as Italy pleads for help
July 26 (UPI) -- Italy received assistance from the rest of Europe on Monday as wildfires spread over 50,000 acres in the southwest of the island of Sardinia.